Naslovna > News > Renovation after the earthquake: financing rules and deadlines must be defined
News 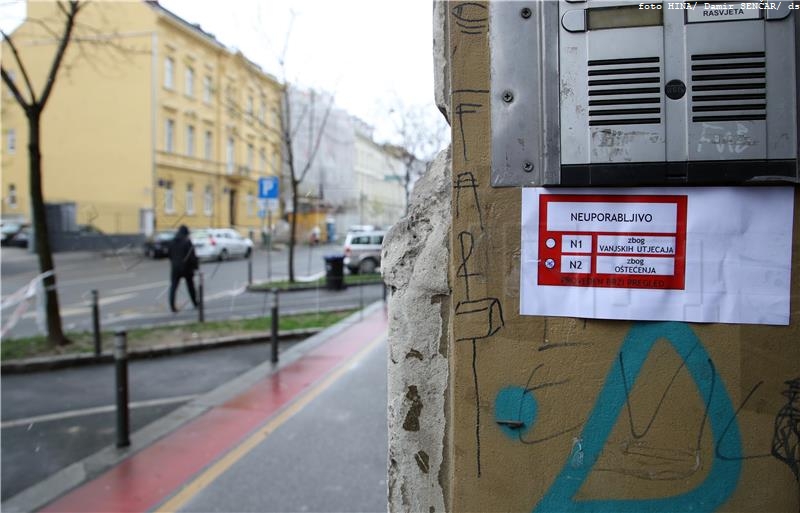 The devastating earthquake that struck Zagreb and surrounding counties in late March caused significant material damage and greatly changed the lives of residents. The response of competent bodies both on the local and national level triggered citizens’ discontent, and their trust in institutions was additionally hindered when, due to the elections held in early July, the Parliament was disbanded before adopting the Draft of the Act on Reconstruction of Earthquake Damaged Buildings in the City of Zagreb, Krapina-Zagorje and Zagreb Counties.

As stated in the comments on the Draft that we sent to the Ministry of Construction and Physical Planning, the final version should clearly define who will be eligible for help, in which amount and period, as well as who will provide it, as citizens whose homes were damaged or even not safe for use expect straightforward and transparent regulation of this matter. Since help will be financed by public funds, it should also be clear whether socio-economic criteria will be applied.

In order to respect the rule of law and make sure citizens are aware of their legal situation, the mandatory content of decisions should be defined, for example of those regarding reconstruction, financial aid, temporary accommodation or other housing measures. It is also necessary to make all the proceedings urgent, including reconstruction of schools and hospitals, and to hold public consultations on the Measure Program, not only because of the its significance but also keeping in mind the level of perception of corruption in Croatia.

Earlier, following a complaint filed by a group of citizens pointing out the lack of adequate and timely official information about dealing with the consequences of the earthquake and related safety risks, we recommended to the City of Zagreb to improve communication, that is provide accessible and accurate guidelines regarding the procedure, as well as relevant information about all competent bodies one can contact. We also pointed out the problems of tenants who faced uncertain housing situation, following an example of a landlord who, after the earthquake, significantly increased the rent his tenants were paying, which is unacceptable. For this and similar cases, the Government, which has acted rapidly to protect the economy, should protect the citizens who are facing housing uncertainty during the times of emergency such as this by, for example, regulating or limiting the rent increase.

Emergency situations such as strong earthquakes are inseparable from human rights. It was also the case after the catastrophic fire that endangered the city of Split in 2017 or major floods that hit the Vukovar-Srijem County in 2014 when we warned about the possible violations of human rights of the affected citizens and the weaknesses of the system. After such major events we addressed recommendations to the Government of the Republic of Croatia and other competent bodies to prevent such situations as much as possible and respond to them more efficiently in the future.