Naslovna > News > “We have the same rights”: ENNHRI’s project leads the way to a Human Rights-based Approach to Long-term Care in Europe
News

“We have the same rights”: ENNHRI’s project leads the way to a Human Rights-based Approach to Long-term Care in Europe 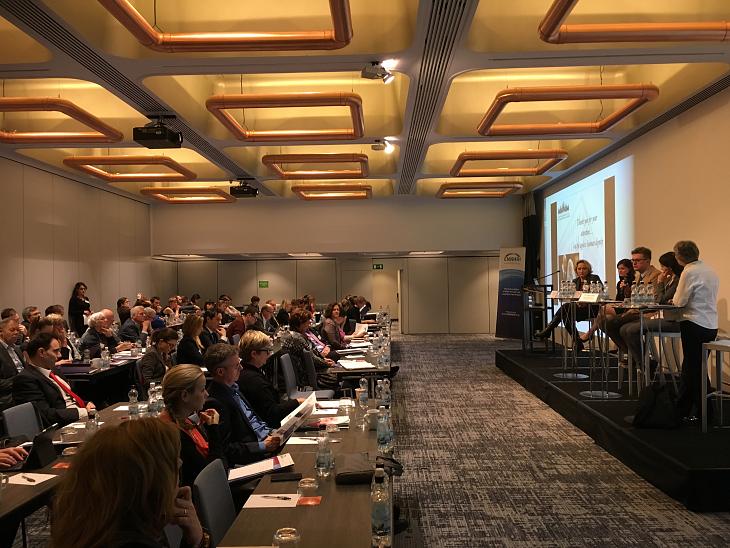 The final conference of ENNHRI’s project on The Human Rights of Older People and Long-term Care took place on 28 November in Brussels. It offered key findings from the project, as well as further guidance to policy-makers, care providers and advocates for older persons on implementing a human rights-based approach in the long-term care (LTC) sector and protecting and promoting the rights of older persons in (or seeking) care. The event brought together actors from across wider Europe responsible for planning and delivering long-term care for older persons, including representatives of NHRIS, policy-makers, care providers; advocates for older persons and persons with disabilities, human rights defenders, as well as older persons and their families.

The project’s monitoring work was carried out by NHRIs in Belgium, Croatia, Germany, Hungary, Lithuania and Romania, in residential long-term care settings for older persons. ENNHRI’s report analysed these national findings to identify key trends in the human rights situation relating to LTC in Europe; these can also form a solid basis for the upcoming discussions on the long term-care agenda of the European Commission.

“The monitoring work showed that most care workers instinctively used a person-centred approach to inform their work, valuing older care users as individuals, respecting their dignity and independence, and understanding the value of social interaction. However, several practices raised concerns, for example those related to upholding dignity, the right to privacy, autonomy, participation and access to justice”, said ENNHRI Chair and Ombudswoman of Croatia Lora Vidović.

Ensuring that the human rights of older persons in LTC in Europe are respected is challenging, given the diversity and demands facing the sector. The use of formal LTC throughout Europe varies widely. On average, LTC costs in the EU are about 1.7% of GDP (2013), ranging from 0.3% in Slovakia and Cyprus to 4.1% in Netherlands. The average expenditure is expected to increase by as much as 2.3 percentage points of GDP (to 4% of GDP). ”We need to make sure that the very real pressure in relation to supply and cost means that quality and human rights don’t get shifted off the agenda”, explained Ciara O’Dwyer, Project Co-ordinator.

As Heinz Becker, MEP, remarked, this topic is about “solidarity between generations”. Ana Carla Pereira of European Commission’s Directorate for Employment and Social Affairs mentioned that it important to look at it not only from a social perspective, as there will be 12 million people needing LTC in Europe in a few years.“ LTC sector in Europe is highly diverse and Human Rights are central to its future development” she concluded.

For Jiří Horecký from the Association of European LTC Providers, “a lack of financial resources is a barrier to the implementation of human rights in care”.

“We, NHRIs, are really indeed determined to work with people in long term care – there is so much to be done in our national environment, and I hope that we keep this momentum for the future” concluded ENNHRI Chair, Lora Vidović.