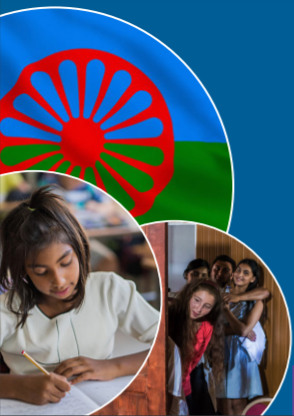 Over 70 members of equality bodies, organisations and initiatives from across the EU working on combating discrimination against the Roma gathered on 22 February 2021 for a virtual round table event organised by the European Network of Equality Bodies (EQUINET) to discuss the implementation of the new EU Roma Strategic Framework 2020-2030. The session was opened with the speeches by Tena Šimonović Einwalter, Deputy Ombudswoman and EQUINET Chair, Irena Moozova, Director for Equality and Union Citizenship of the European Commission and Ann-Charlotte Nygard, Head of Unit for Technical Assistance and Capacity Building of the European Union Agency for Fundamental Rights (FRA).

The event’s objective was to discuss discrimination, systemic racism and antigypsyism faced by the Roma communities – an everyday reality in the European societies.  Despite the efforts by the EU to guarantee the inclusion and equal treatment of the Roma, they continue to suffer inequality, social exclusion, poverty and discrimination in all areas of life.

The EU Framework for National Roma Integration Strategies adopted in 2011 did not lead to major improvements in the situation of the Roma in Europe, nor did it function as a sufficient tool to successfully address the existing issues. Thus, the new 2020 EU Roma strategic framework for equality, inclusion and participation is all the more important.

4 Critical Areas of Roma Inequality Complicated by the Pandemic

The new document focuses on the four areas in which Roma inequality is especially pronounced, the overview of which can be found in the publication Roma and Traveler Inclusion: Towards a New EU Framework – Learning from the Work of Equality Bodies prepared by EQUINET  and based on the data gathered by equality bodies from 20 European countries.

These include education (i.e. segregated schools/classes), health protection (i.e. lack of health-insurance coverage), employment (i.e. direct discrimination, inequality in employment stemming from lower educational levels) and housing. Additionally, the current pandemic has made the living conditions of the Roma even more difficult and has made this population even more vulnerable due to their poorer health, inadequate housing, difficulties with the implementation of the hygiene measures, public health measures that fail to reach these communities, difficulties in the access to online education, as well as the worsening of their already unfavourable socio-economic situation (a rise in unemployment, difficulties in the access to temporary work).

Equality bodies can provide a significant contribution to the effective implementation of the new EU Strategic Framework. As Šimonović Einwalter stressed speaking about the characteristics and the activities of this type of institutions across Europe, despite the differences in their mandates, due to the fact that they perform a central role in the promotion of equality and combating discrimination at the national levels, all of them have the capacity to contribute to the better and more successful inclusion of the Roma population.

The work of these bodies, as defined by EU directives, needs to be focused on the activities aimed at the resolving or mitigating the issues faced by the Roma, noted Šimonović Einwalter, especially on the independent provision of assistance and support to the victims of discrimination, conducting research and reporting, issuing recommendations to decision makers, as well as exchanging information with other bodies. Additionally, the mandates of many of them are wider than those prescribed by the directives and also include awareness-raising activities, the promotion of equality and of good practices, working directly with decision-makers, as well as performing monitoring activities.

In the Republic of Croatia, the mandate of the central equality body is performed by the Office of the Ombudswoman.

As the central equality body in the Republic of Croatia, the Office of the Ombudswoman systematically monitors the situation of the Roma and reports to the Croatian Parliament and the public on the implementation of the national strategic documents on their inclusion. Following the adoption of the national Roma Inclusion Strategy for the period 2013-2020, in our 2013 annual report we emphasised the lack of data and studies that would provide a precise and comprehensive insight into Roma (in)equality in the country. We underscored the small number of discrimination complaints submitted by the Roma and followed this up with a closer cooperation of our institution with Roma organisations, councils and representatives, as well as more frequent visits to the Roma settlements and communities.

Another example is our involvement as a third-party intervener on the side of the Roma plaintiffs in a discrimination case. The court decided in their favour and we included the case in our awareness-raising campaign with the aim of sending a public message that discrimination is unacceptable and in order to contribute to the prevention of this type of behaviours in the future.

In our 2014 and 2015 reports we stressed the lack of efficiency of the National Strategy, especially at the local level, and recommended better coordination of the measure holders, as well as the creation of an efficient, comprehensive and publicly accessible system for the monitoring of its implementation. In the 2016 and 2017 reports we warned about the facts that the Strategy’s Action Plan had not yet been adopted and that the Committee for the monitoring of its implementation had not held any sessions.

2018 was marked by the publication of a comprehensive study conducted by the Government Office for Human Rights and the Rights of National Minorities on the inclusion of the Roma population in the areas of education, employment, health care, social welfare, physical planning, housing, environmental protection, participation in the social and cultural life, civic status, minority rights and combating discrimination. The document was a significant step forward in the approach to the protection of Roma rights and can be considered an example of good practice at the European level.

However, the year passed without the adoption of the Roma Inclusion Action Plan and the data on the Strategy’s implementation remained inaccessible to the public, which we warned about in our annual report. In 2019 the latter changed with the launching of an online platform run by the Office for the National Minorities and the following year the authorities began with its use, which we welcomed. The draft Action Plan was submitted for public consultations, in which we participated with our remarks, commentary and recommendations. We did not, however, accept the proposal to join the implementation of the document as one of the measure holders, considering it contrary to the notion of independence of our institution, taking into account the fact that this was a strategic document drafted and implemented by the public authorities.

The Office of the Ombudswoman is, however, participating in the work of the body tasked with the drafting of the new Roma Inclusion National Plan 2021-2027, the document largely based on the new EU Roma Strategic Framework. We have submitted a significant number of suggestions and recommendations with the aim of contributing to the quality of this important document and its accompanying action plan.

The new EU Roma Strategic Framework recognises the value of this type of activities of the equality bodies, considering the fact that they are able to provide advice and recommendations on combating discrimination, antigypsyism and the systemic discrimination of the Roma communities.

Equality bodies, including the Office of the Ombudswoman, have been assuming an increasingly important role in the elimination of discrimination against Roma and their contribution has been progressively recognised at the EU level as well, thanks to both the promotion of their work through EQUINET and, even more importantly, to their successful cooperation with the national Roma contact points, civil society organisations and the regional and local stakeholders active in combating discrimination against the Roma.

“30 Years of Human Rights Protection in the Republic of Croatia: Past, Present and Future”