Virtual meeting of the Council for Human Rights 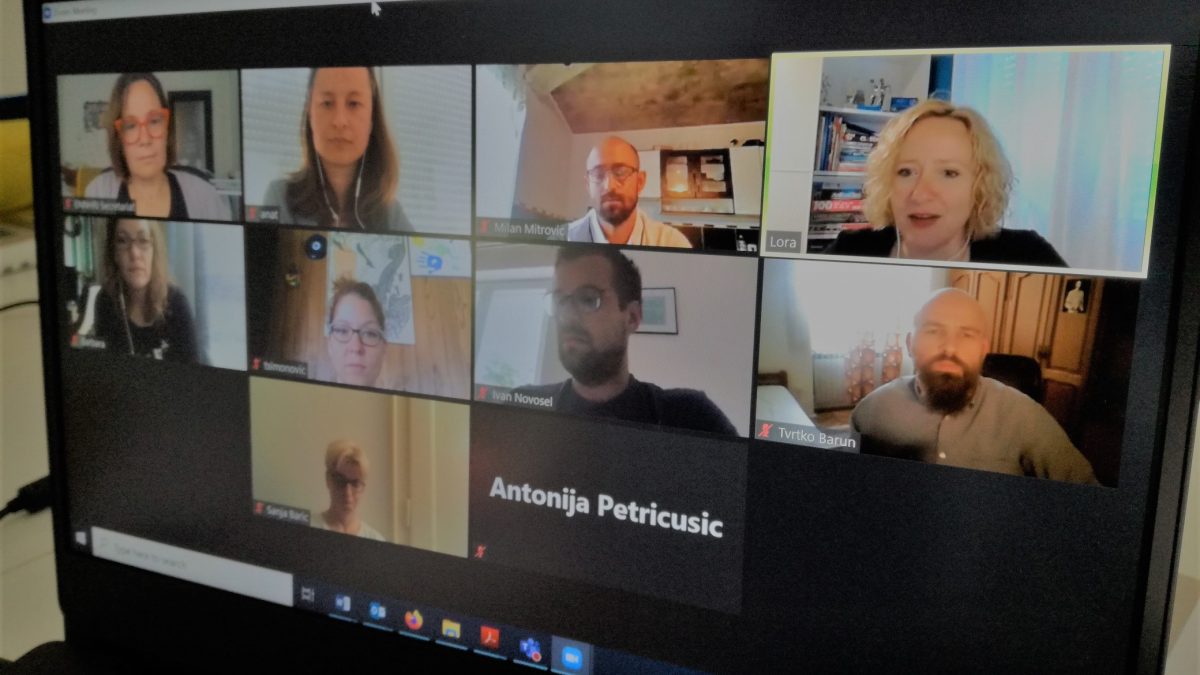 The Ombudswoman Lora Vidović and members of the Council for Human Rights met on 27 May for the regular, but first ever virtual meeting. As expect, the key topic was the coronavirus pandemic and its impacts on human rights, equality and democratic processes in Croatia.

Milan Mitrović, representative of the Roma national minority Council (RNMC) from Slavonski Brod, informed about the lack of preparatory Croatian language lectures for Roma children, as well as inability of their parents to provide adequate learning support, which puts them in unequal position in further education. RNMC is collecting information about the scale of this issue and will forward them to the Ministry of Science and Education.

Antonija Petričušić from the Faculty of Law at the University of Zagreb and a national minority representative in the Council, has already warned the public about how distance schooling is affecting Roma and other children whose native language is not Croatian, including those under international protection or of the Serbian national minority. Additionally, adequate support within distance schooling has not been secured for children with disabilities either, so Petričušić announced she will be addressing the UN Committee on the Rights of the Child with these issues.

The Jesuit Refugee Service, represented by Tvrtko Barun, has also adapted its educational support for children to the pandemic circumstances, which is now available online and through their volunteer’s network, while additional tablets have been purchased for this purpose as well. Significant support to refugees is also provided by their 24/7 telephone line available in Arabic and Farsi languages, where all relevant information regarding the prevention of pandemic and imposed measures can be obtained.

Sanja Barić, professor of the Constitutional Law at the Faculty of Law in Rijeka gave an overview of constitutional issues that dominated the public debate during the pandemic, particularly relating to the measures imposed by the Civil Protection Directorate that restrict human rights. She also referred to the proposed, but eventually not adopted, amendments to the Law on Electronic Communications, and said this development was strongly influenced by arguments given by constitutional law experts, civil society and the media.

Barbara Vid from Croatian Radio Television emphasised the positive role of the media and civil society during the pandemic, while Ivan Novosel from the Human Rights House presented challenges that many NGOs are facing, adding how important it is, to see this crisis as an opportunity to further strengthen civil rights.

Ombudswoman Vidović presented how our institution adapted its daily work both to imposed pandemic prevention measures and the consequences of the earthquake that left the office building unsafe for further use. She also gave a brief overview of all activities on protection and promotion of human rights during the pandemic, including international cooperation. The meeting was also attended by the deputy Ombudswoman Tena Šimonović Einwalter, advisor Tatjana Vlašić and communication officer Ana Tretinjak.

The Council for Human Rights is an advisory body to the Ombudswoman, which proposes strategic guidelines for protection and promotion of human rights and freedoms, improving cooperation of Ombuds institution with civil society, academic community and the media. Its members and Ombudswoman meet two times per year, and this meeting was held virtually due to coronavirus prevention measures.