Interactive Version of the 2021 Annual Report 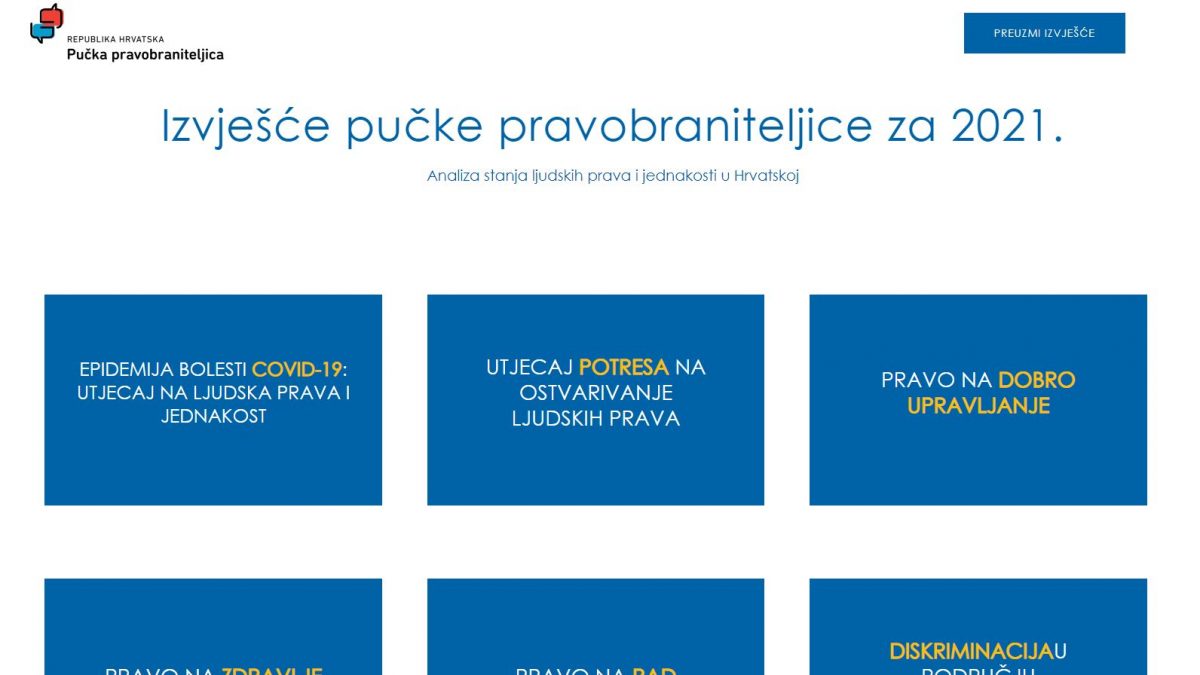 The interactive version of the Ombudswoman’s 2021 Annual Report is now available and can be accessed here (Croatian language version only).

Its aim is to make the report’s content even more accessible, user-friendly and easy to use for members of the Parliament, the competent bodies, civil society organizations, and all other stakeholders interested in using the data contained in it in their work as well as to the citizens interested in learning more about the situation in the areas of human rights and equality in the Republic of Croatia.

The interactive version presents the annual report’s main topics, examples of our recommendations issued with the aim of improving the protection of the citizens’ fundamental rights, quotes from the citizens’ complaints submitted to us, general information on the Annual Report and its aims and purposes, as well as the data gathered from various studies and analyses.

The widespread digitalization is a positive trend, as it makes the information more available. Thus, in in the past years, we have worked to intensify our digital presence via various channels. In order to reach as wide audiences as possible, we have also stepped up our interaction with the traditional media, such as the radio, television and the press. However, as the integral version of the annual report is quite comprehensive and covers a wide variety of topics, providing an interactive one could make searching and accessing specific topics much easier.

As a reminder, various other institutions in the Republic of Croatia report to the Croatian Parliament on their work. In contrast, our reports represent analyses and evaluations of the situation of human rights and freedoms in the country in a variety of different areas and include recommendations aimed at their better protection (156 in this edition.)

Every fifth person discriminated against, stereotypes on Roma prevailing