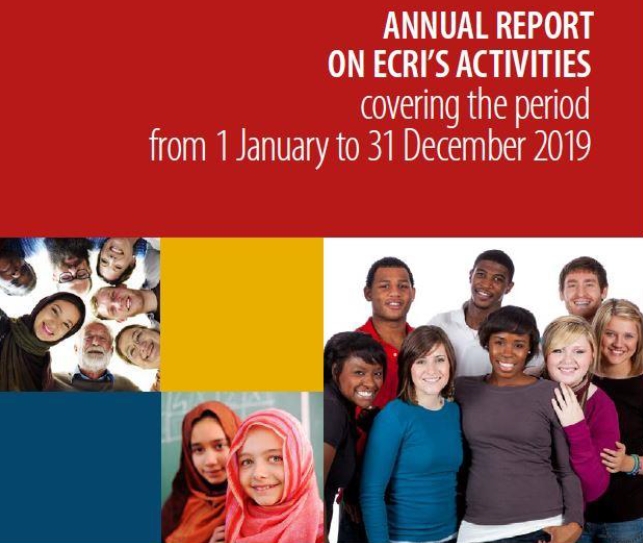 Increasing influence of ultra-nationalistic and xenophobic political options in many European countries, the increasing prevalence of hate speech on social networks, and the growing antisemitism and anti-Muslim hatred are some of the worrying trends outlined in the European Commission against Racism and Intolerance Annual Report for 2019, published at the end of February. Additionally, it also emphasises that many NGO’s working with vulnerable groups are exposed to an increasingly hostile environment, as well as emerging challenges linked to artificial intelligence (AI).

Council of Europe Secretary General Marija Pejčinović Burić addressed some of these challenges, saying that “we must suppress the toxic rhetoric spread by racist extremists which strikes at the very heart of our democracies,” and that member States must work together to counter these threats, through cooperation with ECRI and implementation of its recommendations.

The targets of long-standing prejudice, discrimination, xenophobic rhetoric and violence, the ECRI report notes, are Muslims, Jewish people, Roma and Black people. Islam continues to be portrayed as a religion alien to the national culture and the identity of many CoE member States, and particularly vulnerable are those with prominent religious characteristics, including Muslim women, who are often exposed to multiple discrimination.

ECRI is also worried by the fact that in many European countries anti-immigration sentiment is present, while some citizens believe that equality and inclusion policies have resulted in greater, often unfair, competition on the labor market, which resulted with the decrease of their income and the rise of populistic political options. According to the report, last year’s elections for the European Parliament, as well as several national elections, confirmed the popularity of such political options in some countries, but it is much more worrying that a growing number of moderate political parties have also adopted restrictive policies regarding migration and social integration.

Various election campaigns during 2019 demonstrated the rise of ultranationalist, xenophobic and racist speech, as well as the hate speech towards homosexual/transsexual people, and its increasing presence on social networks. Moreover, ECRI emphasise that offensive and degrading comments, which until recently were considered unacceptable, are, unfortunately, becoming the new norm, while the hate speech from the digital world is increasingly becoming part of everyday life.

ECRI warns that institutions and organisations from the human rights sector protecting and advocating various vulnerable groups face financial and personnel challenges, as well as the lack of legal and institutional capacities to provide adequate and efficient support for the victims. In addition, some are working in increasingly hostile environments with a lack of support, which significantly limits their efficiency.

The use of modern technologies also emerged some new challenges related to the protection of human rights, especially regarding the impact of artificial intelligence (AI) on the occurrence of discrimination and inequality in the society. Although this is still mainly related to the cases of indirect discrimination, ECRI reports that its numbers are increasing, mainly due to the lack of transparency in AI processes and education of users. Also, lack of the mechanisms for detection and prevention of such discrimination also presents a problem.

European Commission against Racism and Intolerance (ECRI) is a Council of Europe human rights monitoring body, which specialises in questions relating to the fight against racism, discrimination, xenophobia and intolerance in Europe. Besides its general recommendations, within the Annual Report it also gives recommendations to the member States. Representative of the Republic of Croatia in ECRI is Deputy Ombudswoman Tena Šimonović Einwalter.