Naslovna > News > What is Discrimination and How to Recognize it?
News 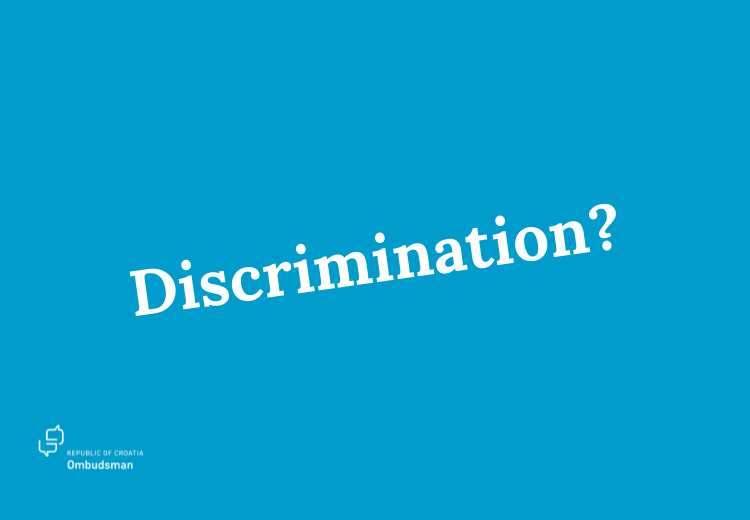 Recently a rental listing for an apartment in Zagreb was posted in one of the specialized Facebook groups in which the owner specified she would only accept tenants of the Roman Catholic faith. The ad provoked quite a strong public reaction, indicating that a significant number of Croatian citizens are aware of the fact that such behavior is discriminatory and subject to legal sanctions under the Croatian Antidiscrimination Act (ADA). However, some of the public comments, such as that that “it is the owner’s right to choose what kind of a tenant she is willing to rent her private property to”, point to the need for additional public awareness raising about discrimination, its features and definition. With that in mind, in this text we explain what types of behaviors fall under the definition of discrimination, how to recognize them and why this particular ad is in breach of the anti-discrimination legislation.

Following the posting of the ad Ombudswoman Šimonović Einwalter initiated an investigation procedure. Additionally, the Office of the Ombudsman will reach out to real estate agencies and web portals in order to raise their awareness of discrimination and enable them to identify possibly discriminatory elements in the ads they receive for publishing.

After the posting of the controversial listing, we received a complaint about what seemed like an apartment rental advertisement claiming that only applications from atheists would be considered. The ad read that the owner only wanted “people without any pets, FK Venstpils or Gzira United fans, fans of the Snake Drake, and stuffed teddy bear collectors, with a special preference for people with Dumbo ears, big noses, low foreheads and shoe size between 41 and 43.” As it did not contain any of the elements of a typical rental listing, such as the price or the details about the apartment itself, it was clear it was a mock ad – a reaction to and the questioning of the acceptability of the first one.

Had this been an actual ad, it would have met the criteria for discrimination based on religion or other belief under the Antidiscrimination Act. However, since, unlike the first one, it was not, it did not constitute direct discrimination.

What Is/Is Not Discrimination?

Both the citizens as well as public figures often use the term “discrimination” to denote various forms of injustice or unequal treatment. However, in its legal sense its scope is narrower and strictly specified by law.

Work and working conditions, education, science, sports, health care, the judiciary, public administration, housing, provision of information to the public, the media, access to and the provision of goods and services, membership and activities in trade unions, civil society organizations, political parties or any other organizations, access to participation in the cultural and artistic creation.

The ADA applies to the conduct of all public authorities, bodies of local and regional self-government units, legal persons vested with public authority, as well as all legal and natural persons.

In other words, anyone can be held liable for discrimination if they engage in behaviors prohibited by the ADA.

Why is Selecting Future Tenants Based on Their Religious Affiliation Discriminatory?

The rental listing from the beginning of this text in which the apartment owner insists that the future tenants be members of a certain religious denomination or that they live their lives according to the specific religious principles places or might place some of the potential candidates in a less favorable position on the grounds of religion, but also on the grounds of their marital or family status and/or their sexual orientation in the areas of housing and the provision of goods and services and thus constitutes discrimination based on religion under the ADA.

In the Republic of Croatia, all citizens are guaranteed the freedom of religion, which includes the right to freely and publicly express one’s faith. It cannot, however, be used as an excuse for placing another person in a less favorable position when it comes to concluding lease contracts.

Likewise, everyone is entitled to limit their private relationships to persons of similar beliefs and attitudes. On the other hand, posting an apartment rental listing legally constitutes offering a service in the real estate market, thus falling within the scope of the ADA and its provisions. Moreover, the apartment owner cannot meddle into their tenants’ personal or family lives nor enter the apartment without the tenants’ permission in order to do so.

Finally, even if the wording of a rental listing does not contain any discriminatory conditions, the criteria used by the owner when selecting between the interested candidates can in itself be discriminatory, i.e. discrimination can be more subtle and indirect.

What to Do if You Feel You Are Being Discriminated Against?

There are several possibilities that can be utilized if you feel you were, are or might in the future be discriminated against either on the grounds of religion or any of the others listed above:

Only the courts have the mandate to determine whether or not discrimination took place in a particular case and impose sanctions on the perpetrators. On the other hand, after having conducted an investigation procedure and established possible discrimination, the Ombudswoman can issue a warning, a recommendation or a proposal. In the more general sense, under the ADA, she regularly informs the Croatian parliament and the public about incidences and prevalence of discrimination.

Constitutionalisation of the Right to Water