Naslovna > Ombudsman > Supporting the Most Vulnerable Citizens is an Investment, Not an Expenditure
News, Ombudsman 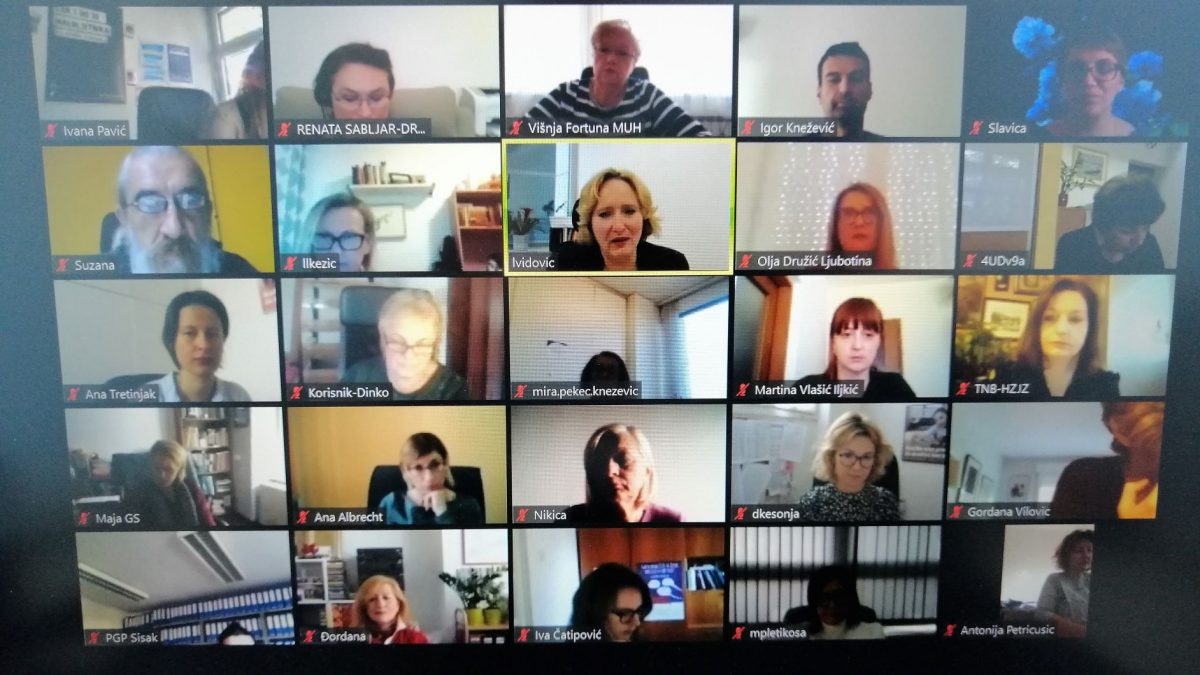 Supporting the most vulnerable members of our society should not be viewed as an expenditure, but as a contribution to eradication of poverty and inequality. The measures introduced to achieve these purposes, however, need to be targeted. These were the conclusions of the online discussion organised by Ombudswoman Lora Vidović on the occasion of the International Day for the Eradication of Poverty and focused on the impact of the COVID-19 pandemic on the citizens’ social rights.

Generally speaking, the social welfare system is not functioning well: in many geographical areas social services are inaccessible, social benefits expenditures are at odds with the actual needs, the staff working in this sector is overburdened, Vidović warned. She has pointed to these problems in her annual reports to the Croatian Parliament and has issued recommendations to the competent authorities. According to Marija Pletikosa, State Secretary at the Ministry of Labour, the Pension System, Family and Social Policy, the new draft Social Welfare Act is harmonised with these recommendations: the amounts and the scope of social benefits will be changed, the existing social services will be rendered more accessible and new ones will be introduced, all this with a specific focus on the country’s poverty-stricken areas.

Both globally and nationally, the current crisis has additionally deepened the existing inequalities and has rendered the already vulnerable groups even more so, noted Olja Družić Ljubotina, lecturer at the University of Zagreb’s Faculty of Law. Austerity measures at the expense of the most vulnerable groups would be a completely wrong approach, she said, reminding that the last such attempt resulted in an even greater social rift and inequality. On the other hand, by investing in the needs of those in the most vulnerable position and thus preventing even greater material and social deprivation, the state can cut its costs in the long run.

Višnja Fortuna from the National Association of Retired Persons offered an example of good practice which could be translated into Croatian COVID-19 response: the so-called “corona-benefit” targeted at the older people and introduced by many countries in the form of a one-off annual benefit intended to help the elderly cover the costs of protective masks, disinfectants and similar basic necessities. Sunčica Brnardić from the Croatian Alliance of Independent Trade Unions (CAIT) stressed the fact that the epidemic has further polarised the labour market into two groups – those with the “safety-net” offered by permanent work contracts and those on fixed-term contracts, who are most commonly young people and women. This has motivated CAIT to advocate for amendments to the Labour Act which would reduce the proportion of the fixed-term contracts and would encourage the workers to join the unions so that they could better advocate for their rights.

“Shelters, dormitories, day centres and collective housing for the homeless are still not part of the state’s social services network, so we fail to receive both the information, as well as protective gear donations and, thus, depend on the goodwill of the local civil protection

headquarters,” said Đordana Barbarić, head of the civil society organization Most. Milan Mitrović, head of the Croatian Roma Youth Association, discussed some of the difficulties encountered by the children living in the Roma settlements when participating in the online school classes, such as the lack of space or equipment, weak Internet signal or the inability of the parents to help their children with schoolwork. To assist them, the Association organised help for the younger elementary school students and intend to continue with this activity so that the children could catch up with schoolwork and have a better chance of successfully following the online classes. When crises like these occur, the system needs to be resilient but instead, in these types of situations the help often doesn’t reach the ones who need it the most, stressed Branka Bakšić Mitić, representative of the civil initiative “People for People” established to provide the support for the citizens from the rural areas living below the poverty line.

This discussion titled “COVID’s Impact on the Most Vulnerable – How Can We Protect Social Rights?” was the first in our series of #CoffeForHumanRights (#KavaZaLjudskaPrava) events organised to provide the space for the citizens, experts and the competent institutions for open, constructive and inclusive discussions on various human rights issues and the possible solutions. The recording of the event is available on our official YouTube channel (Croatian language).