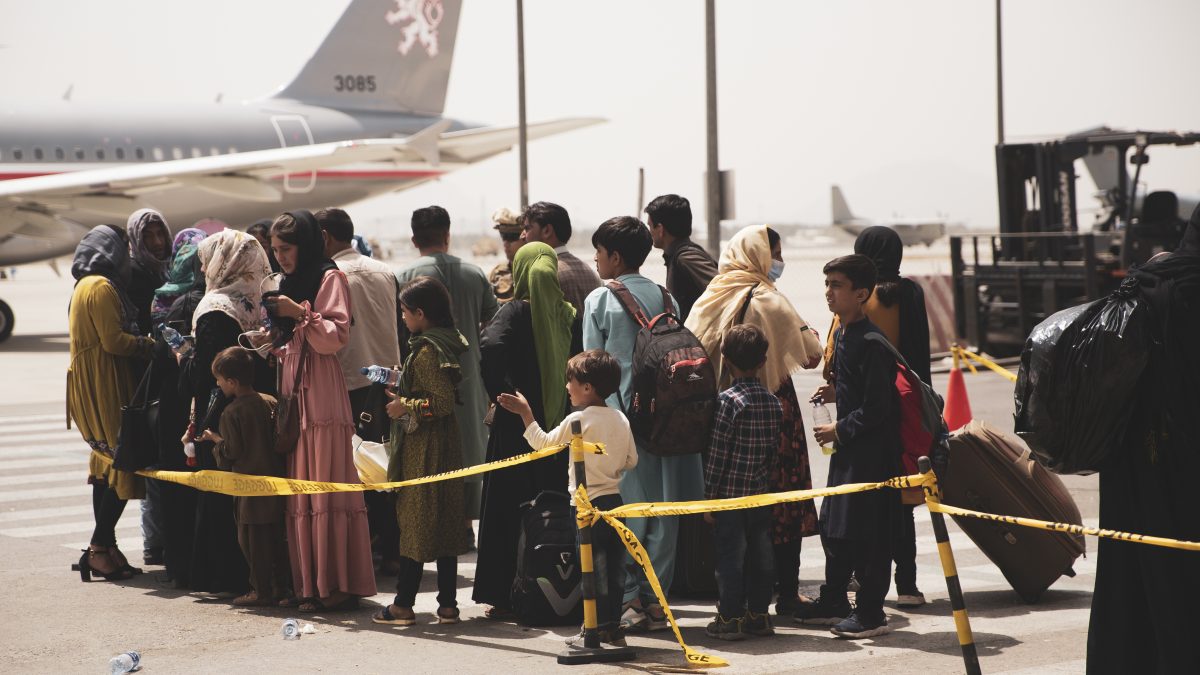 The humanitarian and human rights crisis in Afghanistan is causing grave concern across the world, especially the life-threatening situation many women and children are in, as well as many human rights defenders.

It is necessary to ensure the security and well-being of those threatened because of their work on protecting human rights in Afghanistan. Ombudswoman Tena Šimonović Einwalter has joined the efforts of many other national human rights institutions and their networks in pointing out the danger faced by the staff of the Afghan Independent Human Rights Commission (AIHRC) and members of their families, as well as other human rights defenders in that country.

She expressed her concerns to the Ministry of Foreign and European Affairs, stating in a letter that AIHRC, as a national human rights institution with A Status, in accordance with Paris Principles, since it was founded, has worked tirelessly and independently to promote and protect human rights in Afghanistan, despite the difficult context in which it operates.

The AIHRC has 392 staff, of which at least 90 are identified as being at high or very high risk due to their work on sensitive human rights issues, recording civilian casualties, working with women and child victims of violence and advocating for changes to laws and policies that violate human rights. Many of AIHRC members and staff are public figures, nationally or locally, and are easily identified due to their work and profile.

Unfortunately, despite engaging with the Afghan Government on their responsibility to ensure protection of AIHRC staff and members, the government was unable to offer effective assistance or protection, even for the emergency evacuation of remaining staff from provinces experiencing intense fighting.

As a commissioner of the Croatian Parliament responsible for the promotion and protection of human rights and freedoms and aboard member of GANRHI and ENNHRI, the Ombudswoman asked the Ministry to join diplomatic efforts aimed at helping the AIHRC staff.

The United Nations Human Rights Council is holding a Special Session on 24 August, to address the situation. A key ask of the AIHRC is that the outcome resolution establishes a fact-finding mission, or other mandated international oversight body. This will address the concern that it will most likely be more difficult than previously to monitor human rights within the country. The mission should have a broad mandate to investigate into all human rights violations committed by all parties, document all human rights violations and make recommendations, including to ensuring prosecution and accountability. The mission should be mandated to report regularly to the Human Rights Commission, the Security Council and other relevant UN bodies.  In her letter to the Ministry, the Ombudswoman appeals for the Republic of Croatia to support the suggested mission or other oversight body, mandated as described.

The resolution should also request all parties to the conflict to respect human rights, and ensure the protection including relocation of those at risk particularly women, girls, human rights defenders including AIHRC members and staff, journalists and internally displaced people (IDPs). The text of the resolution is currently being worked on and GANHRI is participating in the process, while the AIHRC addressed the Special Session.

Finally, as a National Preventive Mechanism, the Ombudswoman has joined the efforts of the Association for the Prevention of Torture (APT) by signing a joint statement. In it, organizations working on torture prevention call for protection of AIHRC, mandated as Afghanistan’s national preventive mechanism.

Conflicts such as the one in Afghanistan pose the highest threat to human rights and ask for the international community to urgently find efficient measures for saving lives and security of those hit by the conflict.

We are concerned for the safety of @ShaharzadAkbar and staff of @AfghanistanIHRC. They have been courageous in their work to protect the rights of detainees.

Together with 36 NPMs, we call on those in positions of power to ensure their safety.