Naslovna > News > Speaking Up Against Sexual Harassment: Eye-Opening for the General Public, Encouraging for the Victims
News 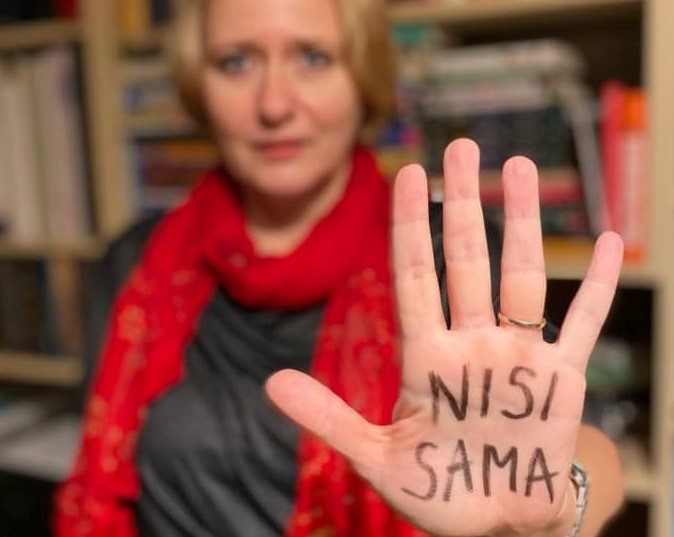 “Initiatives such as #MeToo, #NisiSama, #ŽeneUJavnomProstoru and others aimed at encouraging women to report sexual harassment give voice to the victims, speak to them and say: You are not alone! You are not to blame! – which are the messages they should receive much more often. For many of us, these brave and strong movements have been eye-opening and the women who have stepped out deserve our deepest respect and support,” stressed Ombudswoman Lora Vidović speaking at the online event organized on 9 February 2021 by Mr. Alan Bowman, Ambassador of Canada in the Republic of Croatia and attended by the members of the diplomatic corps as well as experts on the subject. The motivation for this event, as expressed by Ambassador Bowman, was to encourage positive social change – in this case by discussing the ways to combat sexual harassment, an issue still present all over the world.

The aforementioned civic initiatives provide a valuable contribution by creating a chain reaction and clearly showing that sexual harassment is wide-spread and not specific to one sector only, stressed Ombudswoman Vidović. It is extremely important to discuss it publicly and the victims need to be heard not only by the general public but also by the policy-makers responsible for creating the system that will enable the prevention of sexual harassment, provide effective protection to the victims and send a clear message to the perpetrators that such behaviors will not be tolerated. In order to achieve this, we need organized and widespread awareness-raising, including education on human rights, gender equality and reproductive health, a better legal framework as well as procedural safeguards in the workplace and the educational settings to facilitate reporting. As we have been pointing out in our annual reports, the victims need to be provided with adequate support in judicial proceedings, which should be more victim-oriented and sensitive to their needs, underscored Mrs. Vidović.

There is still a lot of room for improvement since we are missing a systemic approach to the issue of sexual violence, both when it comes to its prevention, as well as awareness-raising and introduction of legislative changes, warned Maja Mamula, PhD, from the NGO Ženska soba (Women’s Room). The support for the victims, including the implementation of the measures mandated by the Istambul Convention, is lacking, stressed Mrs. Mamula. The coverage of the topic in the National Strategy for the Protection From Domestic Violence is narrow and we do not have a separate policy document specifically focusing on it. The role of the civil society organizations is compatible to that performed by the state institutions and the international community can contribute by supporting them in their role as the generators for change. Mrs. Mamula also suggested exchanges of positive practices and experiences with international stakeholders, with a special emphasis on the models of crisis intervention.

The initiatives exposing sexual harassment can provide an opportunity for wide-reaching change, both when it comes to introducing a systemic response as well as achieving a switch in the public opinion, said Nebojša Paunović, advisor to the Ombudswoman for Gender Equality. The fact that legislative change is more often triggered by an ad-hoc event than the long-term efforts of the experts on the topic is worrying, stressed Mr. Paunović. Many higher education institutions are now reaching out to the institution of the Gender Ombudswoman, asking for help in creating the protocols for disciplinary proceedings and victim protection, added Mr. Paunović.

The international community plays an important role in stressing the importance of this topic, placing it on the agenda and advocating for change, agreed all of the participants. Keeping this in mind, Ambassador Bowman expressed the wish for continued cooperation with the aim of combating sexual harassment and supporting the victims.

Insulting and utterly inappropriate statement by an MP about older persons

Rule of Law in Croatia: Challenges and Recommendations in the Areas of Legislature and Checks and Balances from a Human Rights Perspective