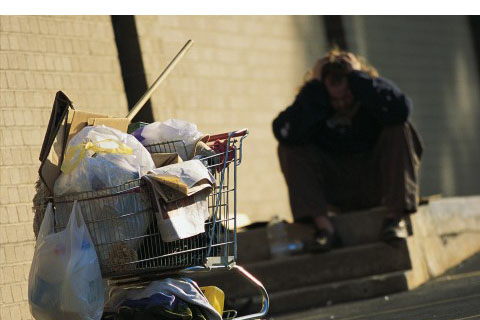 In the process of the drafting of the New Social Welfare Act, The Office of the Ombudswoman contributed with a number of comments and suggestions in process of the consultations with the interested public.

The reform of the social welfare sector currently under way bears special importance for the most vulnerable members of the society and has elicited a significant amount of professional interest. The consultations with the interested public drew a large amount of comments, many of which critical of the suggested text of the Draft Bill. Thus, the Ombudswoman suggested that the competent Ministry ensure the continuation of the debate and make it wide-ranging and comprehensive so that as many comments as possible could be discussed and taken into account in the drafting process.

It is crucial for the social welfare system to be well organized, sufficiently equipped, with social rights and services available to everyone, including those living in the rural and isolated areas and on the islands. Social benefits should be conceived in a way that would ensure a significant drop in poverty rates and enable those living in poverty to rise above the poverty line. Most importantly, the reform needs to focus on the needs of the social welfare system’s beneficiaries.

Unfortunately, the social welfare system attracts attention almost exclusively when some sort of a tragic event takes place. Thus, the current reform process could be seen as an opportunity to introduce the changes all key stakeholders, including the Ombudswoman, regularly point to in such situations.

Social welfare is in dire need of a reform. However, the processes of reform planning, adoption and implementation are quite complex. The wider the consensus around the suggested solutions, the higher the chance for success, i.e. for the real, long-term and functional improvements.

However, the ideas and suggestions presented in the drafting process so far are quite diverse and contradictory. Successful reform requires comprehensive debate and the widest possible consensus. In this case, it would have been useful, for example, to test the possible impacts of some of the suggested normative solutions and to discuss them with the professionals in the field expected to implement the new Act.

With the aim of providing the floor for discussion, in the coming days the Ombudswoman is set to organize an event on the topic of the social welfare system reform. Additionally, she suggested that the competent ministry hold public debates and expert meetings with the competent stakeholders, such as professionals working in the social welfare sector and the representatives of the regional and local self-government units.

In her comments on the Draft Bill the Ombudswoman welcomed the introduction of certain positive changes her institution had been advocating for years, such as providing support to the persons in the process of the annulment and other types of court proceedings related to the support-for life and support-until-death contracts in the form of the guaranteed minimum allowance, accommodation and the home assistance service. Additionally, she suggested an increase in the amount of the basis for the calculation of the guaranteed minimum allowance for the persons completely incapable of work, recognizing the needs of the young persons in the alternative care and significantly higher misdemeanor penalties for the providers of social services to older persons who are found to be in breach of the law.

At the same time, taking into account the fact that citizens’ complaints to the Ombudswoman often cite non-harmonized work of the social welfare centers, for the social welfare professionals to be able to interpret and implement the future law in a uniform manner, its provisions need to be formulated very precisely and the draft bill needs to include an interpretation of the provisions, which it currently does not. The text should also specifically list all of the rights in the social welfare system in order to achieve both the legal safety but also to render them sufficiently visible, especially to the social welfare beneficiaries themselves.

Furthermore, it is important that the new Act significantly reduce the pressure on the social welfare professionals by limiting the amount of their responsibilities, especially those that do not pertain to social welfare in the narrow sense. Currently, social welfare centers have approximately 145 different mandates – a situation that results in the insufficient amount of focus on the beneficiaries’ needs and in the system’s failure to fulfill its purpose. A decrease in the social welfare professionals’ workload would to contribute to achieving timely and efficient fulfillment of the beneficiaries’ needs as well as to the preventions of tragedies we have been witnessing in the past months.

In addition to what has been said so far, the Ombudswoman’s recommendations also include the provision of a more precise definition of energy poverty and the social rights stemming from it, the establishment of a system to measure and monitor it, setting a higher income census for the home assistance service to account for the fact that, due to the current low census, the service is now largely unavailable, establishing the obligation of large cities and county centers to provide financing for the local food pantries.

The caregiver status needs to be extended to include at least the spouses, partners and the children of the elderly persons who are not able to take care of themselves. In the event that the lawmaker continues insisting on the phasing out of the family homes, these need to be provided with the opportunity to transform into social welfare institutions as well as with the necessary support in the process. Otherwise, a significant amount of relatively affordable accommodation capacities for the elderly and the infirm could be lost, which would then result in their unavailability to a significant number of the elderly and seriously ill citizens and lead to the proliferation of the black market accommodation. In addition to this, it is important to expand the definition of homelessness to include the persons in homeless shelters and other types of organized accommodation.

Finally, taking into account the fact that the Draft Bill envisages the centralization of the social welfare system and the establishment of a Social Welfare Institute, the potential effects of these changes need to be thoroughly studied and discussed.