Meeting with the Commissioner of the European Commission Věra Jourová 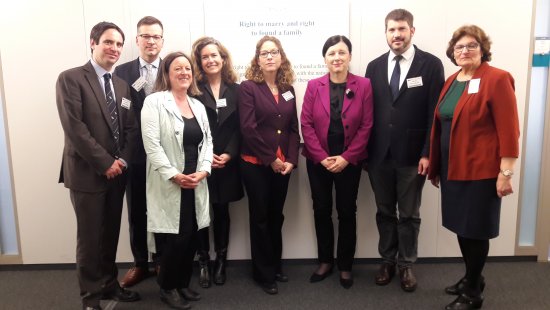 Equinet Chair and Deputy Ombudswoman Tena Simonovic Einwalter met with Věra, Jourová Commissioner for Justice, Consumers and Gender Equality, on April 12, 2018 in Brussels. The theme of the meeting, which was held within the process of consulting the Standards for Equality Bodies, was the Commission Action Plan to tackle the gender pay gap and Equinet Working Paper on Developing Standards for Equality Bodies.

In order to ensure the effective application of the EU’s equal treatment legislation in practice, the Racial Equality Directive (2000/43/EC) and the Gender Equality Directives (2006/54/EC, 2004/113/EC and 2010/41/EU) require that Member States set up equality bodies. Their competences must include (i) providing independent assistance to victims of discrimination in pursuing complaints, (ii) conducting independent surveys, and (iii) publishing independent reports and making recommendations.

The present initiative aims at tackling these issues and helping equality bodies reach their full potential, by setting up recommendations in relation to their mandate, independence, effectiveness and institutional architecture.