Naslovna > News > Rebuilding After the Earthquakes – Obstacles and Recommendations
News 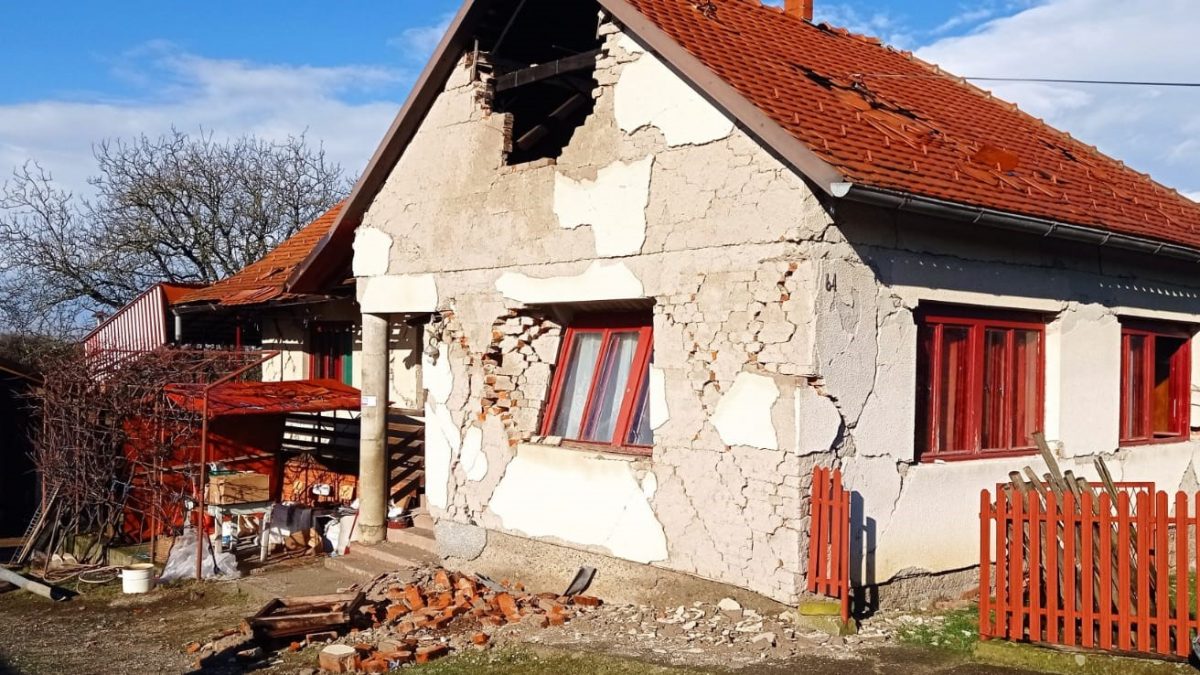 More than a year and a half after devastating earthquakes struck Croatia’s capital Zagreb and its surrounding areas, and almost a year after the Sisak-Moslavina County experienced the same, thousands of people are still affected by the consequences, including the loss of lives as well as massive damage to the citizens’ and businesses’ property, medical, educational, cultural, religious and other objects and the infrastructure. A number of them still use their damaged houses and buildings, while others have been provided with temporary housing. Some are accommodated in housing containers, where they will have to face the winter cold. Numerous local institutions and businesses were relocated. Compounded with the COVID pandemic and its consequences, this has affected their work and the accessibility of the various services they provide.

How Have the Human Rights of the Affected Population Been Impacted?

State-organized rebuilding and renovation process has been extremely slow-paced. Other issues include difficulties in the access to information related to rebuilding, the procedures themselves, the ambiguities regarding the deadlines and the scope of the rebuilding as well as unresolved property issues.

Questionable safety of the damaged objects, the organization of the distribution of mobile homes, the accessibility of water, electricity and sanitation (especially in the remote villages of the Sisak-Moslavina County, one of the poorest Croatian regions), the procedures related to temporary accommodation and the use of the city and state-owned apartments, accessibility of free legal aid and psychosocial support, as well as the capacities of the city and state administrations to handle all of the necessary processes related to assisting the affected citizens and the reconstruction are some of the additional obstacles.

All of this has affected the citizens’ human rights – to appropriate housing, social security, health care, work and others.

Conversations with the Citizens and Cooperation with the NGO Sector

In the past months the Ombudswoman has been receiving the citizens’ complaints and, with her associates, meeting with them and the NGOs assisting them, with the aim of information gathering and data exchange. In Zagreb, the Office’s employees have so far visited the neighborhoods of Medvedski Breg and Markuševečki Popovec, the Arena Hostel, currently serving as temporary accommodation for some of the affected citizens, and have met with the representatives of the civic initiative “SOS Zagreb”, grown out of a Facebook group that had gathered more than 15,000 citizens.

In the Sisak-Moslavina County, the Ombudswoman and her associates have so far visited the villages of Capraške poljane, Borojevići and Kozoperovica as well as the container settlements “Lonjska” and “Segesta” in the city of Sisak, “Sajmište” in the town of Petrinja, and the Glina settlement. In June they met with the head of the Croatian Red Cross Robert Markt, to discuss psychosocial activities continuously provided by this organization to the citizens of the affected areas, including individual support as well as social and educational content organized in the temporary accommodation settlements and the villages in the region. The Office of the Ombudswoman keeps regular contact with the Red Cross and the Office’s employees have been regularly participating, since the beginning of its operation, in the weekly meetings of the humanitarian organizations’ coordinating committee gathering the NGOs that provide relief services to the citizens of the Sisak-Moslavina County.

The Ombudswoman uses the information gathered in the field and via citizens’ complaints as the basis for her recommendations aimed at better regulation of the relief provision and reconstruction activities. These data were especially valuable when it comes to her inputs in the process of the drafting of the amended Rebuilding Act. Additionally, in the coming weeks, the Office of the Ombudswoman is set to host an event around the theme of reconstruction of the areas affected by the earthquakes, imagined as a forum for the citizens, NGOs providing relief as well as the local self-government units to discuss their experiences and communicate their needs.

These data were also the basis for the 14 recommendations issued by the Ombudswoman in July and addressed to the Ministry of Physical Planning, Construction and State Property and the Zagreb city administration, one of which was to analyze the needs of and consider providing alternative accommodation to the persons currently housed in the Arena Hostel. Zagreb’s administration responded by adopting an act regulating urgent provision of housing for that category of persons.

Unfortunately, the issues faced by the citizens of the Sisak-Moslavina County are persistent and numerous, including extreme poverty faced by its population (mainly consisting of elderly, single households), disappearing industries in the towns of Petrinja and Sisak and the resulting unemployment, underdeveloped public transportation network, lack of access to health care, social and educational services, energy poverty stemming from the inaccessibility of the energy grids, the populations’ poverty and poor housing conditions. The earthquakes and the pandemic have rendered all of these more visible and have shocked the general public, unaware that these are the conditions of life only 50 kilometers away from the country’s capital.

The fact that this is one of the five Croatian counties whose population is projected to drop by as much as 40-60% within the next three decades does not come as a surprise, then. However, it is a cause for serious concern.

Currently, the Ombudswoman is working on multiple cases related to the consequences of the earthquakes in this county, opened on her own initiative or based on citizens’ complaints, and has participated in the public consultations on the draft program of the social and economic revitalization of this region. Her comments and suggestions in the consultation process were based on the principles of respect for human rights and fundamental freedoms, tolerance and equal treatment and include:

Due to the extent of the damage to the buildings and the infrastructure as well as their effect on the physical and mental health of the affected population and their access to goods and services and other basic needs, the earthquakes that recently struck Croatia represent a significant challenge to human rights and freedoms. Thus, their consequences have been and remain in our institution’s focus. The impact of the earthquakes on human rights will be featured as one of the topics in our upcoming 2021 annual report. You can read more on our past activities in that area here.