Ombudswoman participated at the IALC annual conference in Toronto 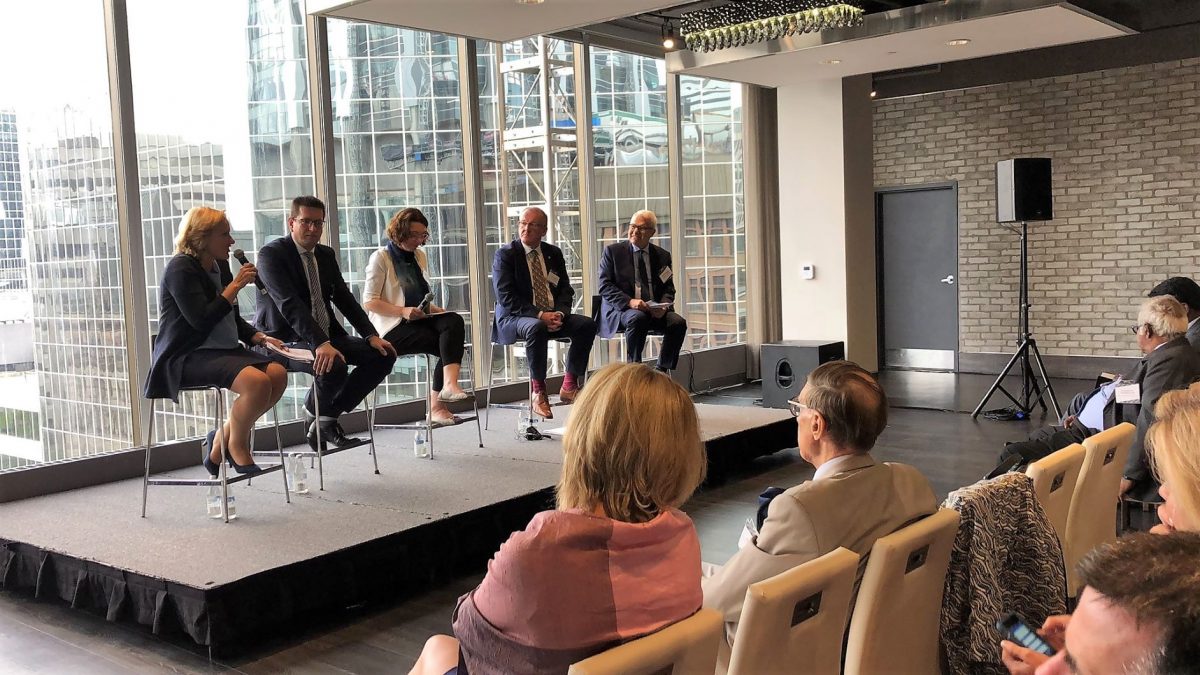 Ombudswoman Lora Vidović participated on 26-27 June in Toronto at the IALC – International Association of the Language Commissioners – with the focus on „protection of language minorities, building of a resilient society“, as a tool for social integration, conflict prevention and peace building in multi ethnic and multi-language environment.

Ombudsman Vidović particularly spoke about using the minority languages in the local self-government units in which the minority members form at least one third of population, presenting the Croatian case as the minority protection was one of the conditions for the international recognition of Croatia and its EU accession. Just due to such reasons the actual legal framework of minority protection in Croatia, guaranteeing to the minorities a high level of protection and social integration, is deemed as one of more comprehensive and complete European models.

Although the current legal framework is good, its implementation, however, is frequently not as good as it should be which is especially obvious in relation to the Serb and Roma minority. In certain parts of the country there is a high level of implementation of the minority rights, like the cultural autonomy, the challenges are evident when it comes to the employment in public administration and judiciary, as well as to the public usage of the minority languages and script which particularly affects the Serb minority.

It is legally prescribed that the official usage of the minority languages and script enjoy the minority members if they make one third of population and after the last census there were 27 such local administrations in Croatia. Shall such rights be realised, however it depends greatly on the level of dialogue, tolerance and the attitude on behalf of the majority population so there have been big differences across the country to this respect. Likewise in some local administration units in Istria, for example, exists a bilingual and official usage of Italian language, although not obligatory; similar examples can be found in other parts of the country for the Czech and Hungarian language. On the other hand, the Serb language and Cyrillic script have still been stigmatised, especially in the war affected areas, and they are considered as a provocation nevertheless full legal eligibility for their usage.