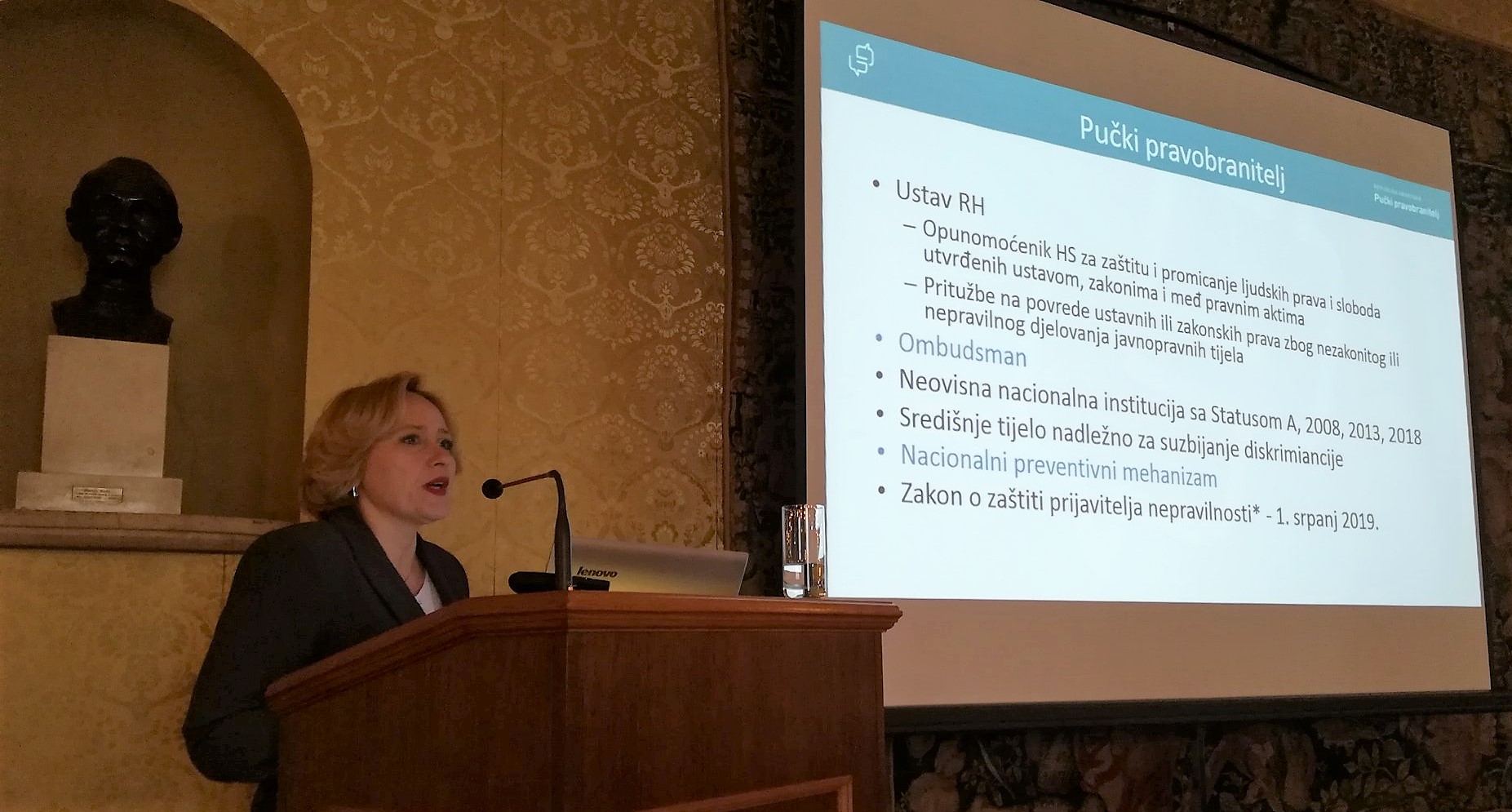 Many open questions on migrant’s status in Croatia were discussed in the Croatian Academy of Science and Arts, organised on 4 April 2019 by the Scientific Council for State Administration, Justice and Rule of Law within the cycle of debates dedicated to the law modernisation. .
Ombudswoman Lora Vidović spoke about the challenges in implementation of the rights on international protection which she faced in her work. She warned on numerous complaints on behalf of migrants regarding the violent police treatment. However, investigations of such allegations are not efficient and independent and the Ministry of Interior (MUP), practically hinders the work to the Office of the Ombudswoman on complaints denying access to information from its Information system.

– MUP such an attitude justifies by the Instruction for assigning of passwords and IT Service’s on conducted consultations, according to which it cannot give an insight to the IT system to the Ombudswoman and her staff. Otherwise, according to the Police Act, giving password to the un-authorised persons would constitute a serious violation of the official duty. It is completely unacceptable an illegal that the internal consultations and instructions may be a ground for denial of access to information because they are in contradiction with the Law – considers Lora Vidović.

A thank you to our colleagues for messages of support

Hindered working conditions due to damage during the Zagreb earthquake

If you wish to receive our Newsletter, please subscribe below