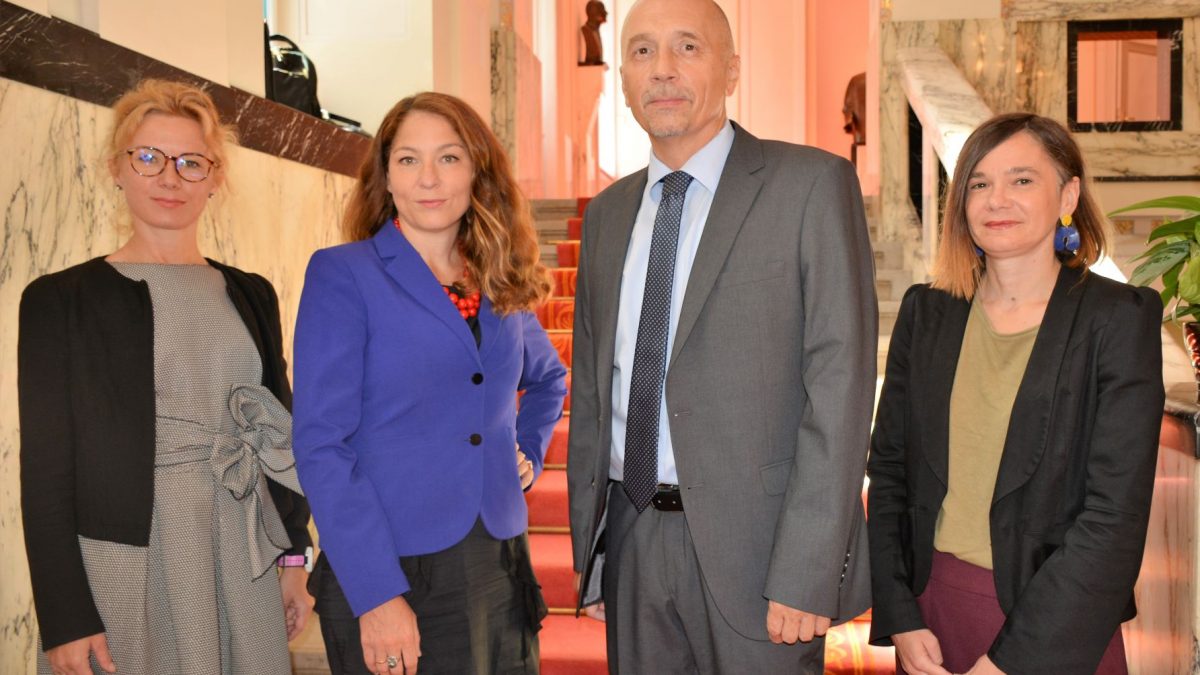 Ms. Kesonja graduated with an MA in Law from the University of Rijeka’s Faculty of Law as well as a postgraduate specialist program in European Integrations Law. Having worked as an attorney at law from 2003 until 2014, she joined the Office of the Ombudswoman (the Anti-discrimination Department) as the Ombudswoman’s advisor for legal affairs and strategic litigation in the Rijeka Regional Office. Her specializations include combating discrimination, with an emphasis on the areas of labor and employment, whistleblower protection and combating hate speech.

Mr. Rajić holds a degree in social pedagogy from the University of Zagreb’s Faculty of Education and Rehabilitation Sciences, as well as a PhD in the area of violence prevention in the prison system. Prior to his appointment as Deputy Ombudsman, Mr. Rajić served as head of the Zagreb Prison Hospital. His previous positions include various senior posts in the Ministry of Justice and Public Administration, the prison system, as well as the probation and victims and witnesses support systems.

Ms. Vlašić holds an MA from the University of Zagreb’s Faculty of Humanities and Social Sciences and a joint MA degree in Democracy and Human Rights from the Universities of Sarajevo and Bologna. From 2008 to 2015, she served as advisor and, subsequently, assistant to the director of the Government Office for Human Rights and the Rights of National Minorities. From 2015 until her appointment as Deputy Ombudswoman she was employed as advisor to the Ombudswoman, performing duties such as managing national and international projects, undertaking research, delivering training sessions for various stakeholders, engaging in co-operation at both the national and the international levels, as well as organizing public campaigns and conferences in the areas of human rights protection and combating discrimination.

Under the  Ombudsman Act, the Ombudsperson in the Republic of Croatia has a minimum of three deputies. The candidates are proposed to the Parliament by the Ombudsperson following a public call.