Letter to Prime Minister: Respect for victims of Nazi collaborator’s regime should all ministries respect 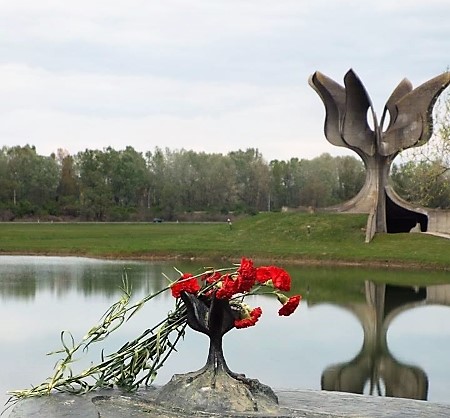 Ombudswoman Lora Vidović wrote a letter to the Prime Minister Andrej Plenković requesting his personal effort in ensuring that all ministries in his government respect in practice the Constitutional values, including clear and undeniable condemn of the Nazi collaborators (Ustasha) regime from the WWII and respect for its victims.
For example, in spite of very clear practice of the High Misdemeanour Court, some police units and administration either unevenly or do not at all instigate misdemeanour procedures against perpetrators who use symbols and slogans originating from the Nazi (Ustasha) collaborators regime, especially in two situations.
One refers to the use of slogan “For home ready!” at the concerts of the local singer Marko Perković Thompson or in his communication through the social media.
Other situation refers to the ceremonious military parade of the 9th brigade of the Croatian liberation forces, named after the Ustasha commander from the WWII „Rafael knight Boban“ on 10 April of this and two previous years (the very day when the Independent State of Croatia was established in 1941). The Split – Dalmatian Police Administration instigated a misdemeanour procedure against the perpetrators who chanted a slogan „For home ready!” only in 2017; hence, it did not appeal against the acquittal and thus prevented the High Misdemeanour Court to react. As in the Thompson’s case the police, years after, did not press charges using the acquittal decision from 2017. After the 2019 incident, the police, according to the media, have initiated an investigation but the Ombudswoman’s request for information has still been unanswered.
The Ombudswoman warned the prime Minister also about the fact that the Ministry of Administration interprets approves the NGOs statutes which in their symbol and name have a slogan “For home ready!” with justification that no legal act forbids it.
Finally, in September 2018, in presence of the Minister of Homeland Defenders and with the military honours, the posthumous remains of 55 civilians and soldiers of the homeland and Ustasha army were buried which is not allowed by any legal act.