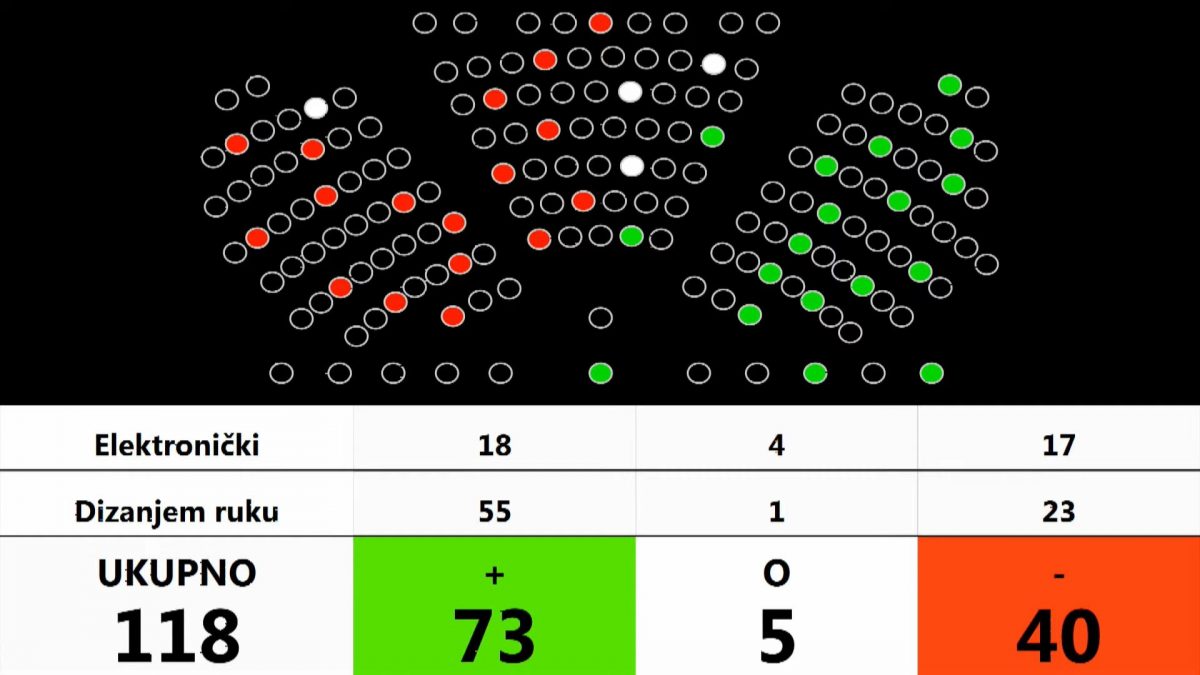 Following the vote, we would like to take the opportunity to discuss the effect of the voting results on the implementation of the Ombudswoman’s recommendations and to point to the need for a different future regulation of the Parliamentary vote on her reports.

It is crucial that the Parliament discuss the reports and that it does so in a timely manner. However, the implementation of the numerous valuable recommendations contained therein should not depend on the outcome of the Parliamentary vote on them.

When it comes to the ombudsperson institution in the Republic of Croatia (currently, there are four in total – ombudsperson and three specialized ombuds), the results of the Parliamentary vote on its reports do not affect the incumbent’s mandate. They do, however, impact the efficiency of the recommendations in their function of a human rights promotion and protection tool.

In a situation where several different outcomes of the vote are possible, such as voting in favor, duly noting and voting against, it is not surprising that the results of the vote impact the reception of the recommendations by the institutions and the bodies they are addressed to. At the same time, it is important to stress that it is their quality and the dialogue between the ombudsman institution and other competent stakeholders on their implementation that should be the main criterion determining their efficiency.

The opinion of Ombudswoman Šimonović Einwalter, expressed both in the process of her appointment to the duty, as well as in the recent parliamentary debate on the institution’s reports and in her numerous media appearances, is that the reports of the ombudsman institutions should not be subject to a parliamentary vote. The argument for such an approach, taken in most other European countries as well, is the fact that the Ombudswoman’s reports represent an independent overview and an analysis of the human rights situation and the incidences of discrimination in the country, in line with the institution’s constitutional mandates, and are not merely reports on the institution’s internal operations or work overview for the previous year.

Thus, we are of the opinion that, in line with our institution’s constitutionally and legally enshrined independence, Croatian Parliament should discuss our reports in a timely manner and, in case it decides to vote on them, take the approach of duly noting them, at the same time strengthening the awareness of the recommendations’ addressees of the importance of their implementation.

Additionally, with a view of strengthening the implementation of the Ombudswoman’s recommendations in their function of an important human rights, equality and the rule of law protection mechanism, a continuous and efficient information exchange between the competent institutions throughout the year should be enabled. The increase in the number of recommendations which the Government addresses in its comments and opinions on the Ombudswoman’s annual reports, as well as the continuous monitoring of the recommendations’ implementation by the Government, with support from the Parliament, would surely contribute to this.

Background information: at its plenary session held on 20 May 2021 Croatian Parliament discussed four Ombudswoman’s reports – the 2018, 2019 and 2020 annual reports, as well as the Special Report on the Right to a Healthy Life. On 2 June it took vote on all four of them, duly noting the first three and voting in favor of the last one. The recording of the Ombudswoman’s address to the plenary is available here (in Croatian).