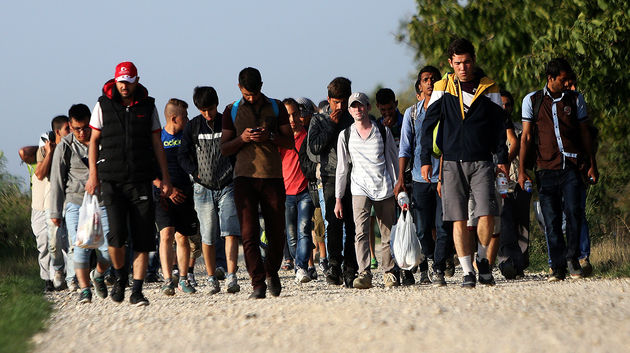 Although Ombudswoman Lora Vidović has repeatedly warned on migrants’ complaints against the police violence, she has not yet received the answer from neither the Ministry of Interior nor from the Chief State Attorney’s Office (DORH) about undertaken efficient investigations which should confirm or deny the allegations. This was reported to the parliamentary Committee on Human and National Minority Rights at the thematic session held on 18th October 2018.

Thus it is still not known why there are the missing parts of thermal video cameras, namely only the one made in the time of the alleged incident that was reported to the Ombudswoman. The Police claimed the electricity went out just at that time of the alleged incident, but the Ministry of Interior still has not answered the question as to whether they have informed and whom, on the power supply failure and why the incident was not registered in the log system. Also, since all events are noted in the registry of the thermal and camera system, in case the video was erased, there should be a log containing the name of the person that erased it, and probably also an official memo on the persons who have ordered it.

In case of the death of the girl Madina Hussiny, the recordings were not accessible to the Ombudswoman since the Ministry of Interior claimed they were not kept. This January, the Ombudswoman has informed the Chief State Attorney (letter attached at the end of this article) regarding the circumstances of this incident as well as on all other findings on the police treatment of migrants within the context of the criminal charges filed by the family Hussiny. After the media reported on rejection of the criminal charges, the Ombudswoman requested the information from the Chief State Attorney’s Office officially, but received no reply. This is why it remains unknown if all thermal video was taken into account for the needs of making the decision on the rejection of the criminal charges, and the same goes for the data on movement and location of police officers through the signal from their mobile phones or other communication devices.

According to the European Court of Human Rights, the state is obliged to conduct an official investigation on all allegations regarding torture or other cruel, inhuman or degrading treatment, or in other words, regarding the violation of Article 3 of the European Convention on Human Rights.

In addition, this year the Ombudswoman – commissioner of the Croatian Parliament responsible for the promotion and protection of human rights and freedoms – was for the first time and in several occasions denied immediate access to data, despite the fact that she is entitled to them in accordance with the Data Secrecy Act, the Ombudsman Act and the Act on the National Preventive Mechanism. This occurred in the police stations in Glina, Gvozd, Cetingrad, Karlovac and Donji Lapac, and constitutes serious infringement of the legislation that entitles the Ombudswoman to access the data, making it impossible for her to continue the work in accordance with her mandates. It is also indicative that the Ombudswoman’s access to data is still undisturbed in the visits to police stations regarding human rights of the groups other than migrants.

This is just part of information delivered to the Committee – you can find the full text attached, as well as the letter sent to the Chief State Attorney in January.

Letter to the Parliamentary Committee on Human and National Minority Rights 17.10.2018.

Letter to the Chief State Attorney