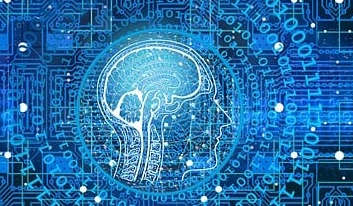 Ombudswoman Tena Šimonović Einwalter took part in April in the first meeting of the Council of Europe’s Committee on Artificial Intelligence (CAI), a body set up to draft the legislative framework intended to regulate the development, design and implementation of artificial intelligence in the CoE member states in a manner that will ensure the respect for human rights, democracy and the rule of law, while at the same time leaving open the space for innovation. The resulting instrument, the participants decided, should be legally binding.

The adoption of a new legal instrument to regulate this area was suggested to the Council of Ministers in December 2021 by CAI’s predecessor, the Ad hoc Committee on Artificial Intelligence (CAHAI), whose membership also included Ombudswoman Šimonović Einwalter as an independent expert and Croatian representative in the European Commission against Racism and Intolerance (ECRI).

The use of AI-based technologies is already our reality – our smartphones, for instance, already suggest content to us, and companies, governments and individuals already implement AI systems in various ways. It is bound to become widespread in the coming years and decades and to exert significant impact on the way we live and work.

The use of new technologies – especially artificial intelligence – comes with a myriad of possible benefits and significant potential. However, it can pose completely novel challenges to fundamental rights and equality. Thus, several initiatives are currently underway in Europe and beyond, including the one within the framework of the Council of Europe, with the aim of regulating this subject matter.

Our institution has been monitoring the development, progress and implementation of artificial intelligence from the standpoint of several of our mandates, primarily the one of the national equality body, and AI has been introduced this year as one of the new topics covered in our annual report to the Croatian Parliament.

More information on our activities in this area is available here.

UN Special Rapporteur on the right to health visits Croatia