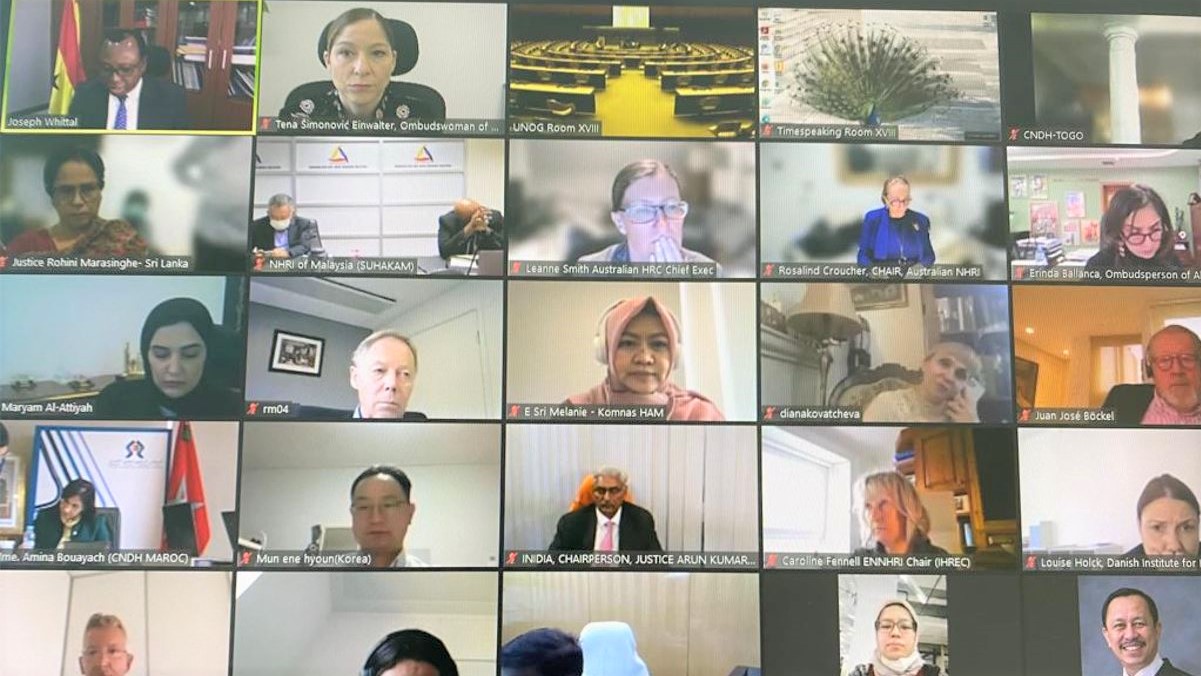 From 8 to 10 March 2022 members of the Global Alliance of National Human Rights Institutions (GANNHRI) gathered for this year’s online annual meeting. With its more than 110 members, including our institution, GANNHRI is the world’s largest network of NHRIs.

The event commenced with the meeting of the Bureau, GANNHRI’s managing body, attended, for the last time in her second mandate as its member, by Ombudswoman Šimonović Einwalter. Reacting to the situation in Ukraine following the Russian aggression, all Bureau members expressed solidarity and support to Ukrainian Parliament’s Human Rights Commissioner Lyudmyla Denisova.

At the General Assembly, held on the event’s second day, activity and progress reports as well as the 2022 activity plan were discussed and adopted. Head of Qatar’s National Human Rights Institution Maryam Abdullah Al Attiyah was elected as the new GANNHRI Chair, while head of Moroccan NHRI Amina Bouayach will be taking over the post of the network’s Secretary. Albanian, Bulgarian, Finnish and Norwegian NHRIs were ratified as the new Bureau members from the European region.

The General Assembly was addressed by Ukrainian Human Rights Commissioner Denisova, who thanked the members for the support extended both to her as well as to the people of Ukraine and shared the experiences from the field related to the protection of the human rights of the persons affected by the war in her country.

Shaharzad Akbar, representative of the Human Rights Commission of Afghanistan, addressed the delegates as well, speaking about the especially difficult working conditions for its employees.

“Human Rights Protection in Eurasia”: Deputy Ombudswoman Presents Our Work in the Field of Environmental Protection

Ombudswoman and deputies exchange knowledge and experience with Slovenian colleagues