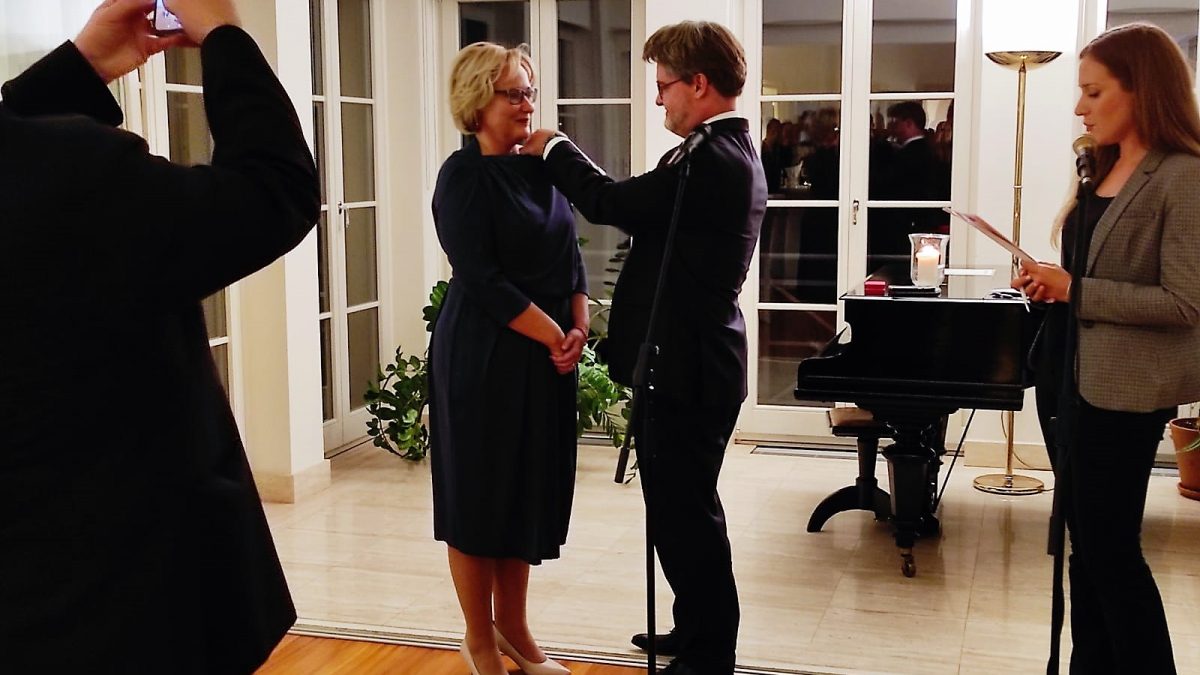 Former Ombudswoman of the Republic of Croatia, Lora Vidović, received on 20 October 2020 the National Order of the Legion of Honor, the highest French order of merit. The award was presented to her by the Ambassador of the French Republic to Croatia, HE Gael Veyssiere.

This is the recognition of the dedication and commitment Vidović exhibited working on protecting human rights in the Republic of Croatia, and thus affirming the democratic values in the foundations of the common European identity, within her role as Croatian Ombudswoman. She was nominated for the award by the Embassy of the French Republic in Croatia.

Lora Vidović served as Ombudswoman from 2013 to 2021. Prior to that, she headed the UNICEF’s Croatian office and served as Deputy Ombudswoman for Children.