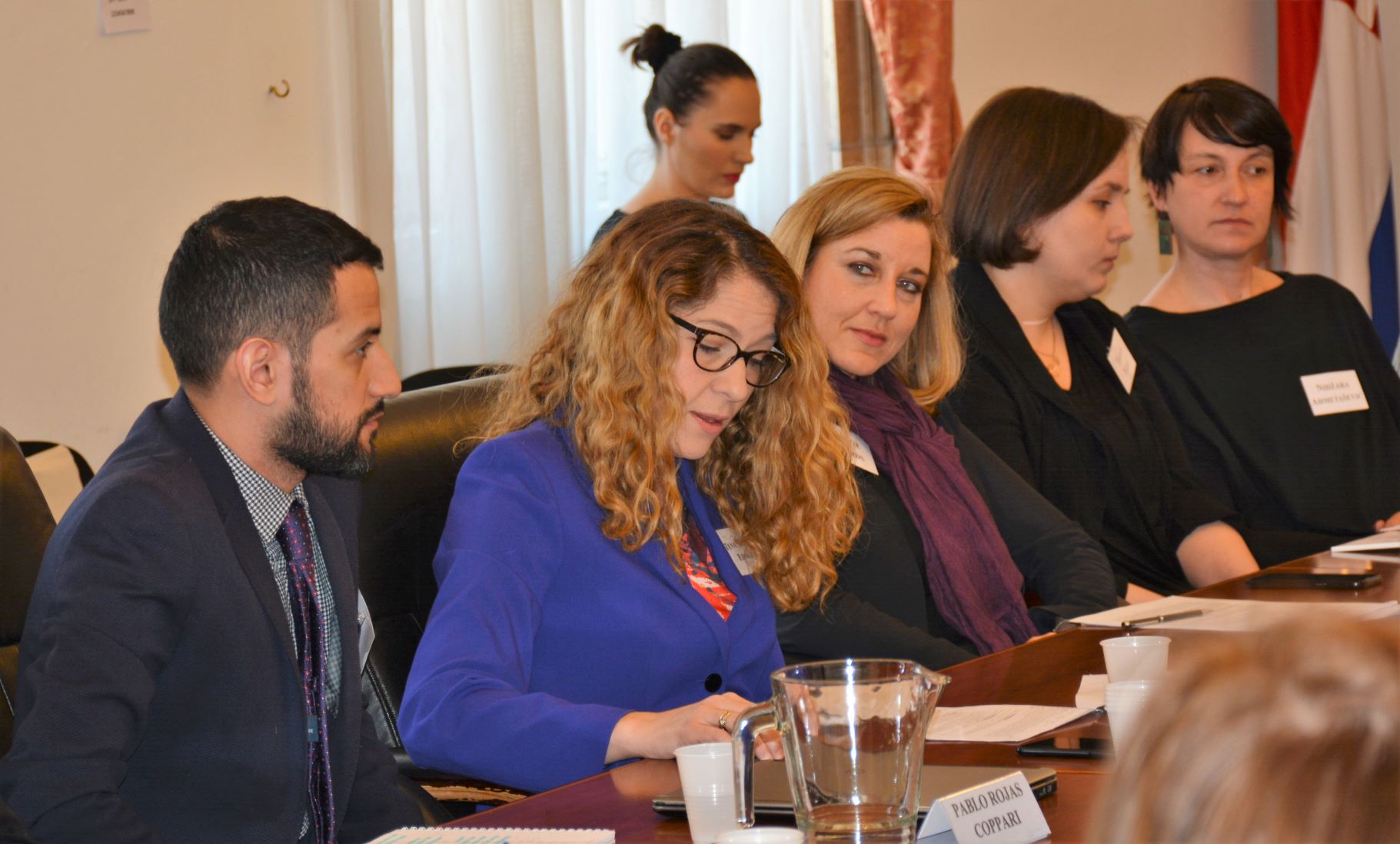 Treatment of migrants in South-East Europe, countering racism, xenophobia and hate crimes against migrants was in focus of OSCE/ODIHR event in Zagreb, organised in cooperation with the Office of the Ombudswoman on 16-17 April 2019 with 45 participants from ten OSCE participating States, included representatives of national governments, local authorities, national and international civil society organizations and migrant communities.
“There is increased evidence that the fundamental human rights of migrants are at risk when they cross borders. OSCE participating States must do more to address racism and xenophobia targeting migrants, as well as hate crimes against both migrants and civil society organizations assisting them. It is imperative that the states protect migrants’ right to life, prohibit arbitrary detention in border management procedures and apply the principle of ‘non-refoulement’, which forbids forced return to countries where the person faces threats to her or his life or freedom,” said Christie Edwards, Deputy Head of ODIHR’s Tolerance and Non-Discrimination Department.
Deputy Ombudswoman Tena Šimonović Einwalter stated that for achieving this goal a better cooperation is needed. – States accepted a comprehensive set of obligations for combating racism, xenophobia, intolerance and discrimination, thus building of an effective partnership, strengthening dialogue and cooperation between governments, NHRIs and CSOs, including opportunities like this – is crucial – she added.
Deputy Ombudswoman Maja Kević warned on more frequent violations of the right to seek asylum which not only breach international standards but threaten to human lives.
Participants discussed monitoring deprivation of migrants’ liberty, forced return’ cases and CSO’s efforts and difficulties in responding to human rights violations during the treatment of migrants on borders and the ODIHR tools which might help them in such situations.