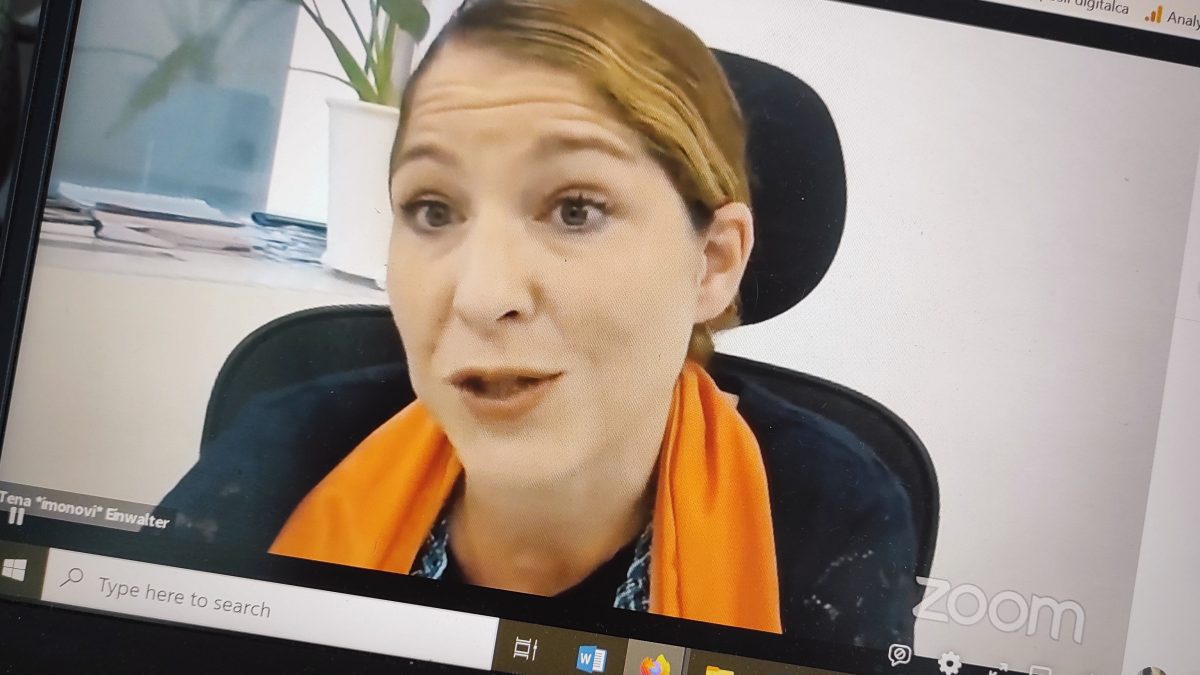 “Equality bodies can provide a significant contribution to our efforts to achieve full equality. However, for them to be able to realize their full potential and provide effective support to decision-makers and other stakeholders, they must be provided with strong mandates, independence, sufficient resources and effective institutional structure and their crucial role in the efforts to combat discrimination needs to be properly recognized,” stressed Ombudswoman Tena Šimonović Einwalter, Croatian Ombudswoman, current chair of the European Network of Equality Bodies (Equinet) and an expert in the area of the standards for equality bodies at the EU and the CoE levels, speaking at the discussion on the possibilities of bridging the current gaps in the EU legislation and the national legislation of the member states. Event was organized on 7 September 2021 by the European Parliament Anti-Racism and Diversity Intergroup (ARDI), Spanish Alliance for an Equal Treatment Law, Fundación Secretariado Gitano and Equinet.

Focusing on the steps necessary for the advancement of equality legislation in the areas such as intersectional discrimination, sanctions and damages in cases of discriminations, as well as standards for equality bodies, event gathered members of the European Parliament, representatives of the EU’s Fundamental Rights Agency (FRA) as well as the first European Commission Anti-Racism Coordinator, Michaela Moua.

“Possible new legislative solutions at the EU level are being discussed with a view of establishing standards for equality bodies, which would provide a degree of a guarantee for the more efficient efforts to combat discrimination in Europe,” noted Šimonović Einwalter. Although the current EU strategies for the inclusion of the Roma, persons with disabilities and the LGBTIQ+ community as well as the EU Anti-Racism Plan do provide an avenue for the strengthening of the role and the independence of the equality bodies in Europe, a decisive move forward is necessary in the sense of the adoption of new directives at the EU level and the amendments of the national legislations of the member states, she said.

Within the next steps in the efforts to combat discrimination and promote equality more focus needs to be placed on intersectional discrimination, the efficient implementation of the measures contained in the strategic documents and the European and national antidiscrimination legislation, as well as the simultaneous efforts to strengthen equality bodies and their independence and efficiency so as to make these future steps possible.

Croatian Antidiscrimination Act was adopted in 2008. It prohibits discrimination on 17 different grounds in all areas of life and designates the Office of the Ombudswoman as the national equality body. If you suspect you are being discriminated against, you can submit your complaint to info@ombudsman.hr.