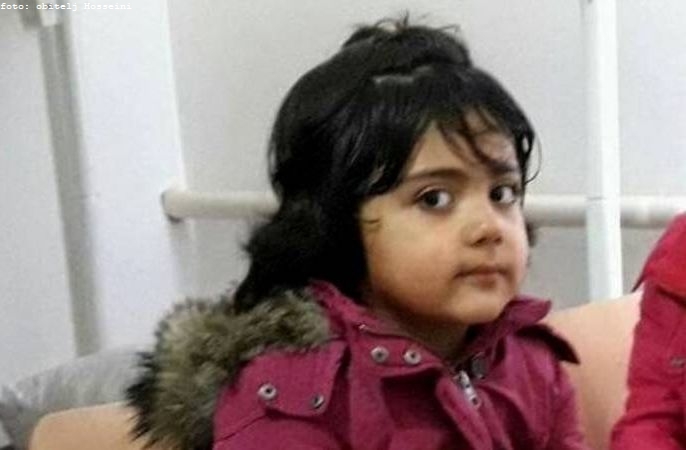 In the case of the tragic death of the six year old Madina Hosseini, the European Court of Human Rights has established the responsibility of the Republic of Croatia for numerous violations of human rights enshrined in the European Convention of Human Rights and Fundamental Freedoms: the right to life, the violation of the prohibition of torture and other inhuman treatment, the violation of the prohibition of collective expulsions, the right to security and liberty as well as the right of individual petition.

This ruling represents an important step for the strengthening of the human rights protection, the rule of law, as well as the migration policy and for the improvement of the treatment of irregular migrants at Croatian borders. Thus, it is important to monitor its implementation. Furthermore, although it pertains to Croatia, the legal standards it establishes apply to other Council of Europe member-states, including those that are EU members, as well.

As the Ombudswoman has worked on the Hosseini family complaints, both through her mandate as the commissioner of the Croatian Parliament for the promotion and the protection of human rights as well as through the institution’s mandate as the National Preventive Mechanism for the Prevention of Torture and Other Cruel, Inhuman and Degrading Treatment or Punishment, she is well informed about the case. In line with the aforementioned mandates, in February 2018 our institution submitted all of the information we collected on the case to both the State Attorney’s Office as well as to the Ministry of the Interior.

The Court’s ruling has confirmed the existence of the various issues numerous stakeholders, including our institution, have been warning about for years and on which we have reported to the Croatian Parliament, the competent authorities and the public. This primarily pertains to the problem of the lack of efficient investigations into the claims of the irregular migrants’ human rights’ violations, which are necessary for the allegations to be either confirmed or disproved. In this case, the Court pointed to the omissions in the work of both the police, as well as the State Attorney’s Office and the judiciary. Moreover, the ECtHR’s evaluation of the efficiency of the investigation differed from that of Croatia’s Constitutional Court, whose three judges also problematized the efficiency of the investigation in their separate opinions in the Court’s ruling on the case. When the rule of law is efficiently upheld, no one, including the police, is nor can be above the law. To achieve this, it is crucial to undertake an efficient investigation, taking into account both the information on this tragic event provided by the mother of the girl as well as those provided by the police and covering all relevant information needed to determine the facts (including the recordings made by the  termovision cameras, the records of the signals of the police officers’ mobile phones indicating their movement and the location at the moment of the incident, the GPS records indicating the movement of the police vehicle as well as the records of the signals of the Hosseini family’s mobile phones). In line with our earlier warnings as well as the ECtHR’s ruling, the competent authorities failed to do that.

When it comes to the limitations imposed on the freedom of movement of Madina Hosseini’s family, eight of which were children, we had previously warned and the ECtHR has reiterated that from the data provided by the police it is not clear how the individual assessment was made in order to decide whether detention was necessary or whether other alternatives could have been used. Furthermore, it warrants mentioning that the procedure was performed in English – a language M. Hosseini’s mother does not understand.

Along with the points mentioned so far, in our annual reports to the Croatian Parliament we also warned about the pressures the NGOs and the attorney representing the Hosseini family were exposed to, including the fact that following the submission of the application to the ECtHR, the family’s attorney was denied access to them. The contributions of the human rights defenders are crucial for the development of democratic societies and the conditions in which they work represent one of the indicators of the rule of law in a particular country. In that sense, we welcome the ECtHR’s strong support, including the concurrent opinion by Judge Ksenija Turković, for the independent human rights institutions and their work and its call for the state authorities’ cooperation with them. This is especially important in the context of the fact that, although under the national legislation and the international human rights instruments Croatia is party to, the Ombudsman institution is entitled to direct access to the documents and case files in the Ministry of the Interior’s information system, the MI keeps denying us access to them.

Finally, taking into account the fact that the Hosseini case is still not finalized, we will continue monitoring its development, primarily the implementation of the ECtHR’s ruling, keeping in mind the possibility provided to national human rights institutions (the mandate performed in the Republic of Croatia by the Ombudsman institution), to  submit, in line with the Rules of the Committee of Ministers for the supervision of the execution of judgments and of the terms of friendly settlements, i.e. Rule 9, to the Committee of Ministers (CM) communications with regard to the execution of judgments  according to Article 46, paragraph 2, of the Convention.

It is important to monitor whether and how the Republic of Croatia will apply the legal standards established by this ruling in the case of the video recording of police violence against the migrants recently aired by the RTL Television, as well as in the potential similar future situations.