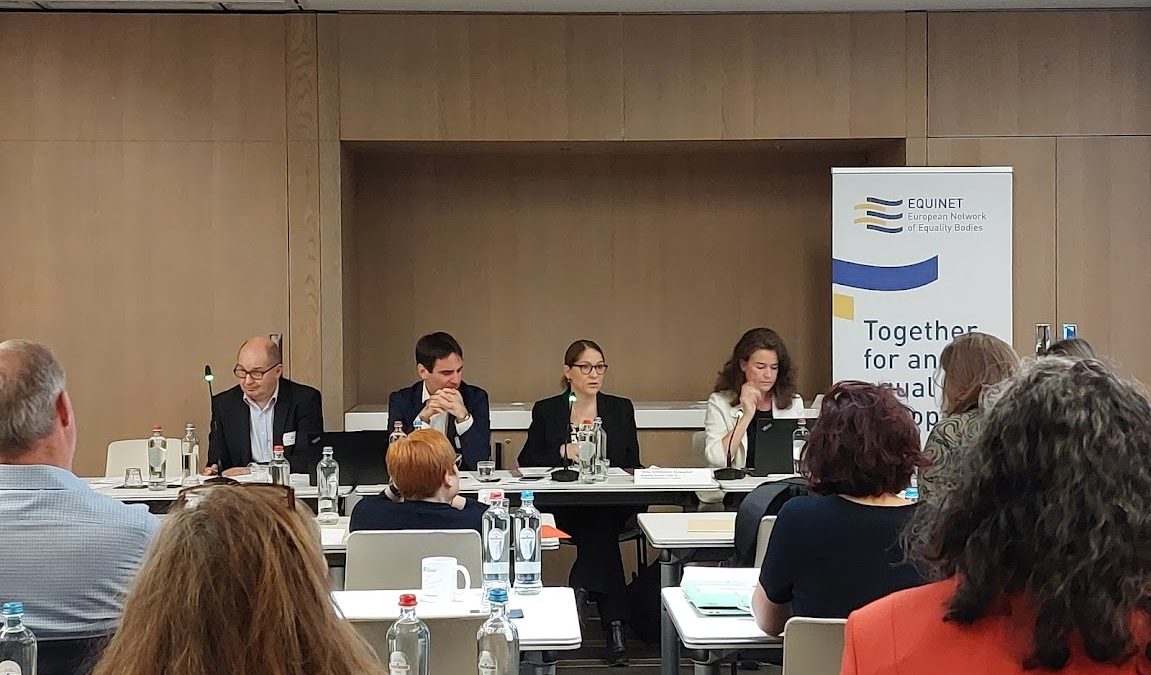 Representatives of European equality bodies gathered on 5 October 2022 in Brussels for the network’s general assembly meeting. Main topics included the adoption of Equinet’s new Strategic Plan for the period 2023-2026 and the 2023 Workplan as well as the discussion on the upcoming legislative proposal on binding standards for equality bodies set to be published in November 2023.

The annual general assembly provided a forum for discussion between equality bodies from all over Europe, the representatives of the European Commission and the representatives of Sweden, the country set to take over the Presidency of the Council of the European Union on 1 January 2023, about the long awaited draft directives on binding standards for equality bodies, the publication of which is planned for November 2023. The aim is, explained Commissioner for Equality Helena Dalli, to enshrine the 2018 Recommendation on the standards for equality bodies into law across the EU.

“Publishing the proposals will be a crucial step but, as Commissioner Dalli also pointed out, far from the end of it – we will still need to convince the legislators in the Council and the Parliament to adopt these proposals swiftly and with the strongest possible provisions. This, we have to underline, is in the interest of all people living, studying, working or even just travelling in the EU and this is why we request and highly appreciate the support of the current Czech and upcoming Swedish Presidencies of the Council,” stressed Equinet Chair and the moderator of the panel on the binding standards for equality bodies, Tena Šimonović Einwalter.

In the follow up discussions the equality bodies’ representatives exchanged examples of why this legislation is so important for their work and the suppression of discrimination on the national level as well as of different ways in which they could advocate for the adoption of the strongest possible standards domestically.