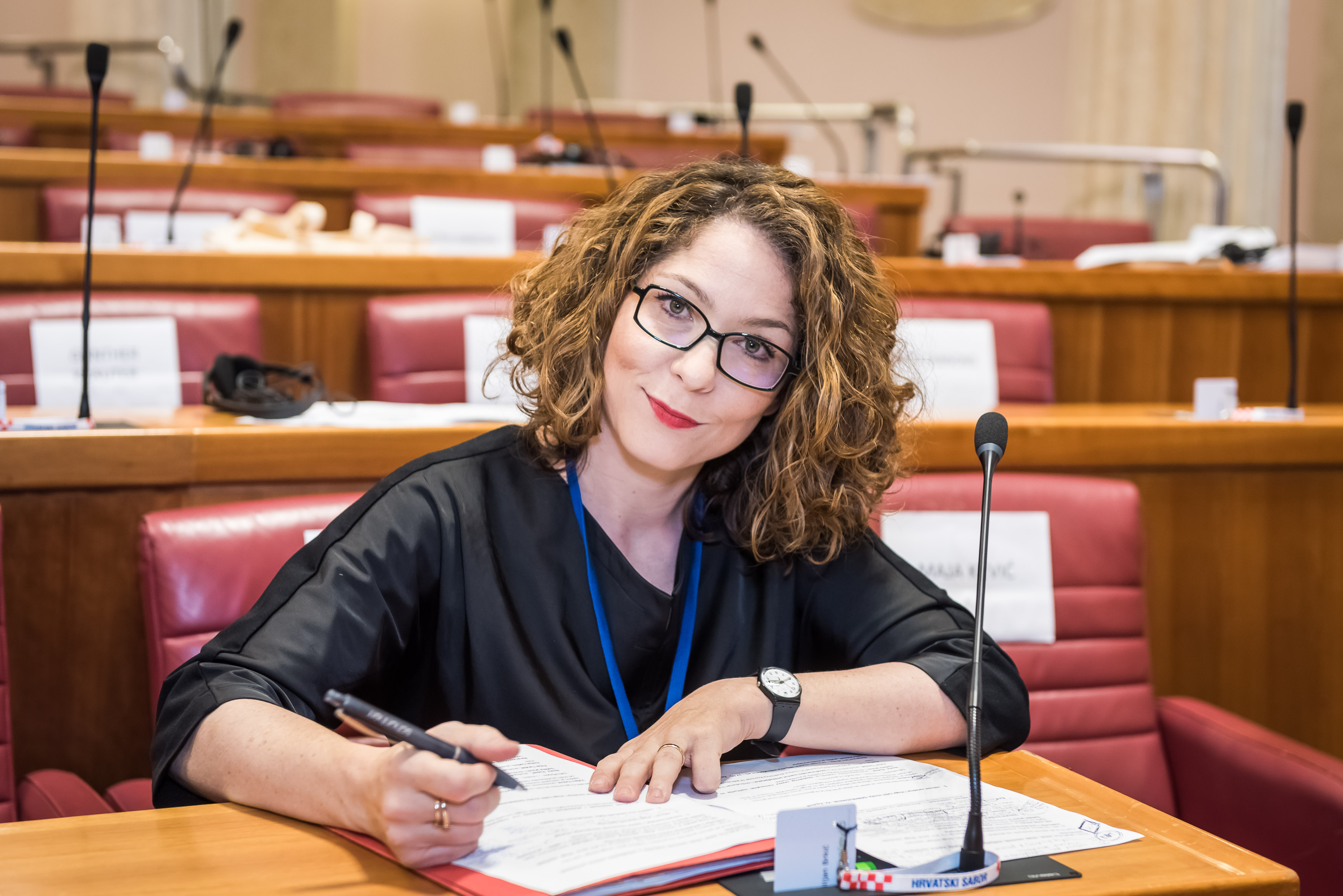 She was elected Deputy Ombudswoman by the Croatian Parliament and took office on July 15th 2013.

Prior to being elected Deputy Ombudswoman she was working for five years as the Adviser for Legal Affairs to the Ombudsman and the Coordinator for the Area of Non-discrimination, at the Office of the Ombudsman. Before that she worked at the Ministry of Foreign and European Affairs.

She is a Member of the Executive Board of the European Network of Equality Bodies (EQUINET). She has so far participated in working groups for drafting legislation, coordinated implementation of EU funded projects and contributed to numerous national and international seminars, conferences, and debates, where she delivered more than 30 lectures and speeches.

As an author and co-author she published 12 expert and scientific papers related to human rights and rights of national minorities, as well as to anti-discrimination, focused on legislation, case law and redress mechanisms at the national level and at the level of the Council of Europe and the European Union.

Born on 27th June 1956 in Zagreb, graduated in 1980 from the Faculty of Law in Zagreb. She passed the Bar Exam in 1982 after finishing the internship at the Municipal and County Court in Zagreb.

She was elected Deputy Ombudswoman by the Croatian Parliament and took office on July 15th 2013.

She was a member of numerous expert working groups on human rights established both on the level of the Croatian government and the Council of Europe and participated in numerous seminars, conferences and debates regarding human rights.

She has published expert papers on human rights protection before the Court in Strasbourg as well as on the execution of the Court’s decisions and papers on international criminal law.

Born on February 12th 1976, in 2000 she graduated from the Faculty of Law at the University of Zagreb. In 2008 she finished the Academy for Political Development program.

She was elected Deputy Ombudswoman in the Croatian Parliament and took office in April 2017.

Protection and promotion of human right has been in her professional interest since 2005. She was a lecturer at the Diplomatic Academy and the Judicial Academy, on the european and Croatian framework of the fight against human trafficking. As head and member of various working groups, she participated in preparation of legislative and strategic documents in the area of human rights. She was also a coordinator of several EU projects and has held numerous lectures and presentations at national and international conferences, seminars and expert meetings.

Prior to being Deputy Ombudswoman, she was an Assistant Director at the Government’s Office for Human Rights and Rights of National Minorities.