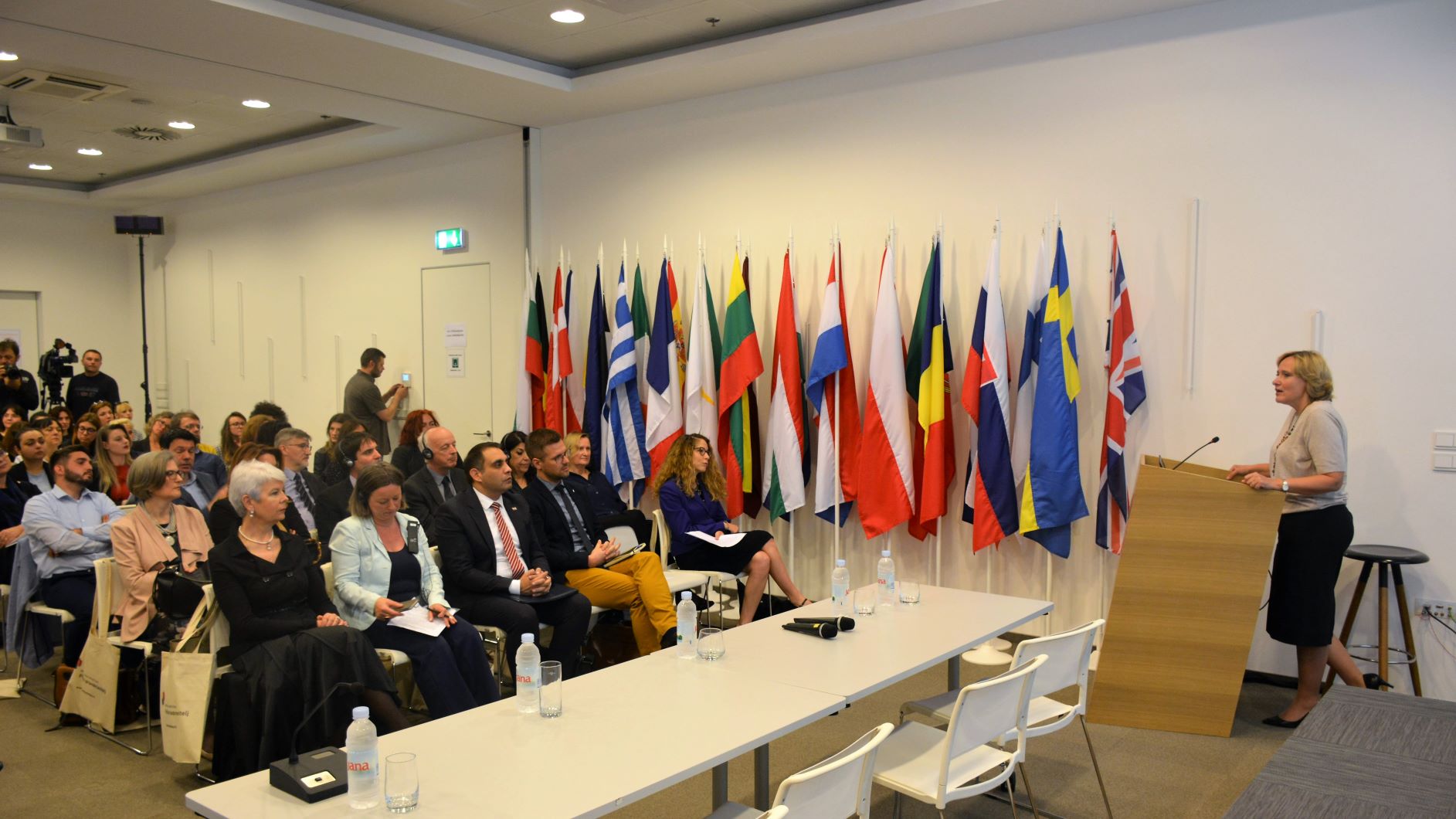 Office of the Ombudswoman, together with the House of Human Rights, marked with the international conference on 25 April 2019 a decade of implementation of the Anti-Discrimination Act in Croatia. Common conclusion was that the cooperation with local communities and civil society organisations is a key for raising citizens’ awareness on discrimination and the right to protection against it.
– Precisely local units have an immediate contact with their fellow citizens and they know best local needs and challenges. Just there lies an opportunity for the improvement of protection against discrimination: cooperation, mutual exchange of information, experience and education of state and local actors are crucial not only for implementation of the law but also contribute to the quality of life of all citizens – said Ombudswoman Lora Vidović.
– That is why from the beginning of the Act implementation, except from complaints’ handling and reporting on discrimination, we work on promotion – organising workshops, campaigns, dissemination of informative leaflets, posting on the web page and cooperating with the Anti-Discrimination NGO Network. In course of these years we pay visits to the local communities where in discussion with local and regional administration representatives, national minorities and NGOs but also with citizens, we try to get a complete picture of our reality thus through our recommendations to the competent bodies we warn on the need for better protection of human rights and suppressing discrimination in Croatia – added the Ombudswoman.
Deputy Ombudswoman Tena Šimonović Einwalter emphasised how much, for this institution as a central equality body, the cooperation with CSOs is valuable. Discrimination is being under reported because the citizens neither have all necessary information nor they have trust in the institutions and, in that context, she also singled out the role of the media since the citizens often do not know whom to turn for help when being discriminated against.
Executive Director of the European Network of Equality Bodies – Equinet – Anne Gaspard highlighted the important role of equality bodies in giving support to the victims of discrimination and promotion of abiding by the equal treatment standards in harmonising national legislation with international and European anti-discrimination law.