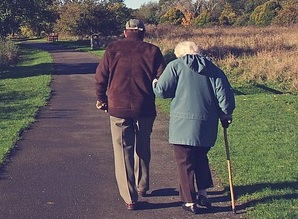 As Croatia’s A-Status National Human Rights Institution (denoting the highest level of independence), following the OEWG’s call, Ombudswoman Tena Šimonović Einwalter informed the Group about the main human rights and equality issues faced by older persons in Croatia in areas such as economic security and the avenues available to them to contribute to the realization of the UN’s Sustainable Development Goals, which will be the main topics of the Groups upcoming session. The listed problems are of a systemic nature. Our institution has been warning about them in the previous years as well, mainly in our annual reports to Croatian Parliament.

What are the Main Factors Impacting the Rights of Older Persons in Croatia?

As the Ombudswoman’s report to OEWG stresses, the chances of leading a healthy and active life in older age largely depend on:

Older persons living in poverty in remote, rural areas are facing the most difficult situation. According to Croatian Bureau for Statistics’ 2020 data, every third older person living in Croatia is at risk of poverty and the proportion rises to one in two of those living in single households.

Other issues experienced by the older population in Croatia include long waiting lists for medical procedures and treatments, underdeveloped public transportation in rural areas, as well as insufficiently accessible social services. Compounded with poverty, they can result in social isolation and exclusion of the elderly population.

Additionally, many of those who are unable to care for themselves and are undoubtedly vulnerable cannot access the aid-at-home service due to its very low financial cut-off line. Aid-at-home is a social service that includes doing housework for the elderly person, providing them with meals and assisting them with personal hygiene and other personal needs and is, thus, perhaps the crucial factor enabling older persons to remain in their own homes and to be able to live in dignity.

The pandemic has exacerbated these problems, as well as the earthquakes that hit Croatia’s capital and its Sisak-Moslavina County, one of the country’s poorest regions, in 2020.

Another prominent issue is the abuse of the “for-life” and “until-death” support contracts, which we continue to warn about both in our annual reports to the parliament as well as through the media. The current protective mechanisms related to these types of contracts are insufficient and the court proceedings related to them are not being conducted in a timely manner. Thus, they need to be additionally normatively regulated.

When it comes to discrimination, single elderly persons, especially women, living in rural areas are at the highest risk. Their educational attainment and financial resources are often low and social services either inaccessible or available only sporadically, through projects financed from the EU funds. In conjunction with the aforementioned problems (access to health care, public transportation, water and electricity), they can result in intersectional discrimination, i.e. that based not only on an individual’s age, but also, simultaneously, on their sex/gender, disability, nationality and other grounds recognized by the Antidiscrimination Act.

Finally, due to the normative regulation under which the costs of the sick leave for the workers over 65 are borne by the worker herself/himself and not by the Croatian Health Insurance Fund (as is the case for younger workers), the older workers are experiencing difficulties in access to work as well.

Our Contribution to the Work of the OEWG

For a number of years our institution has been participating in the work of the Open Ended Working Group on Ageing, both through submitting the information on the state of human rights of older persons in Croatia as well as by participating, as an A-Status National Human Rights Institution, in the Group’s sessions.

With the aim of collecting the relevant information from around the world and focusing the discussion on those human rights of older persons that require additional attention from the international community (this year it will be the economic security of older persons and their contributions to the realization of the UN’s Sustainable Development Goals), the A-Status NHRIs have once more been invited to contribute to the Group’s work. Its 12th session, in which we will participate online, is set to take place from 11 to 14 April 2022 in New York.

In addition to that, Ombudswoman Šimonović Einwalter is set to address the UN’s Human Rights Council at its 49th session, representing more than 40 national human rights institutions gathered into the European Network of National Human Rights Institutions (ENNHI). In her video message to the delegates she will invite the UN to take more decisive steps in the drafting of a convention on the rights of older persons – a document with a potential to enhance the legal protection of older persons worldwide.