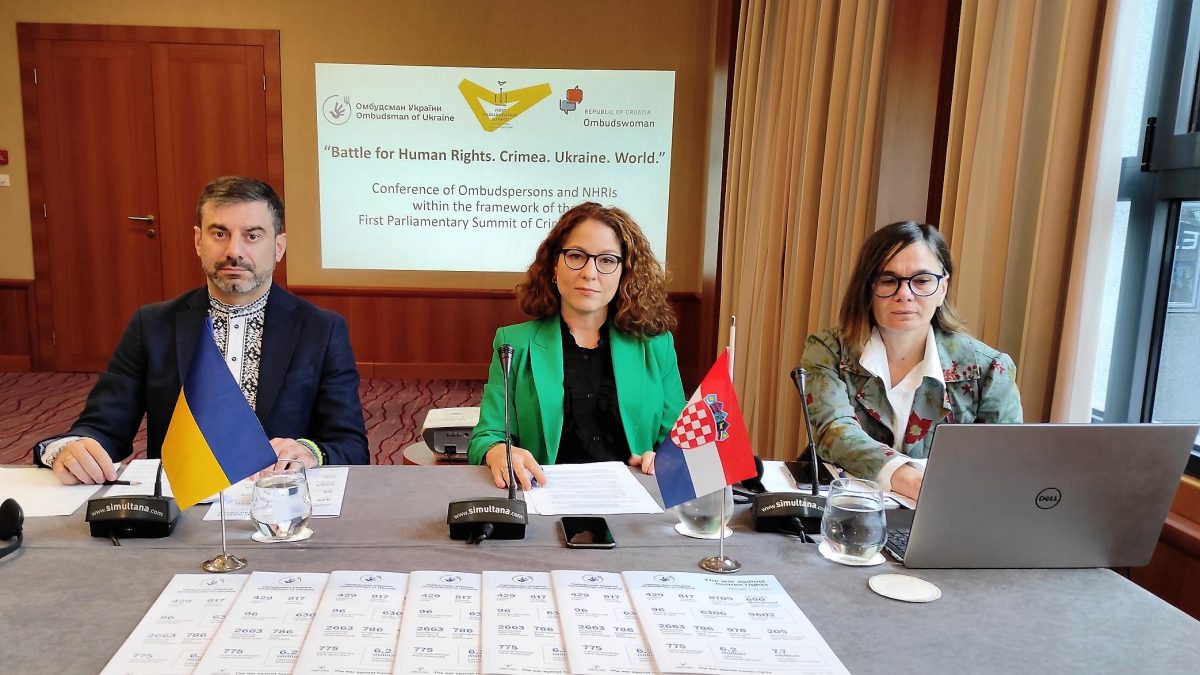 Within the framework of the First Parliamentary Summit of the Crimea Platform held in Zagreb, Croatia, on 26 October 2022 the Ombudswoman of the Republic of Croatia Tena Šimonović Einwalter and the Ukrainian Parliament Commissioner for Human Rights Dmytro Lubinets jointly organized an online conference of Ombudspersons and NHRIs titled “Battle for Human Rights. Crimea. Ukraine. World. “

The event that gathered over 50 participants – heads and representatives of ombuds institutions and NHRIs from around the world, including the representatives of their international networks: IOI, GANHRI, ENNHRI and EOI, addressed the challenges related to human rights protection in Ukraine and the role of ombuds institutions and NHRIs in the conflict and post-conflict contexts, with a special focus on the reception of the refugees fleeing the war and the protection of their human rights. According to the Ukrainian Parliament Commission’s data, up to date over 6 million persons have been internally displaced as a result of the war, whereas almost 8 million have been registered as refugees in Europe.

The participants were addressed by video messages by the Chairman of the Ukrainian Parliament Ruslan Stefanchuk and the Speaker of the Croatian Parliament Gordan Jandroković, who expressed their support for the work of the ombuds institutions and NHRIs, especially in the situations of international armed conflicts, as well as by the Head of the Office of the President of Ukraine Andrii Yermak.

The events’ speakers, IOI President and Western Australian Ombudsman Chris Field, ENNHRI Board Member and People’s Advocate of the Republic of Albania Erinda Ballanca, Human Rights Ombudsperson of Bosnia and Herzegovina Jasminka Džumhur, SCA member and the Chief Executive of the Equality and Human Rights Commission of Great Britain Marcial Boo and Public Defender of Georgia Nino Lomjaria expressed their support to Commissioner Lubinets and underlined the importance of the work of the ombuds institutions and NHRIs.

Extending expressions of support for the Ukrainian people, the participants discussed the many challenges and issues faced daily by Ukrainian refugees as well as how best to assist them and protect their human rights, addressing also the challenges experienced by the countries receiving the refugees, especially those related to the national social welfare, health, education and other systems.

“Clearly, the issues we are discussing today are the issues of crucial importance for our colleagues from Ukraine. But they are also issues for all of us, taking into account the spill-over effect of the war felt in our countries – extending protection to the refugees fleeing Ukraine, the energy crisis the citizens of our countries are also feeling the effects of, the fears of nuclear threats, the effects on multilateral relations and the future of human rights, including the role of ombuds institutions and NHRIs in their protection,” underscored Ombudswoman Šimonović Einwalter. 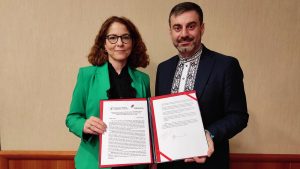 The Declaration, open for signature to all ombuds and national human rights institutions, can be accessed here.

The recording of the event is available on our institution’s official YouTube channel.