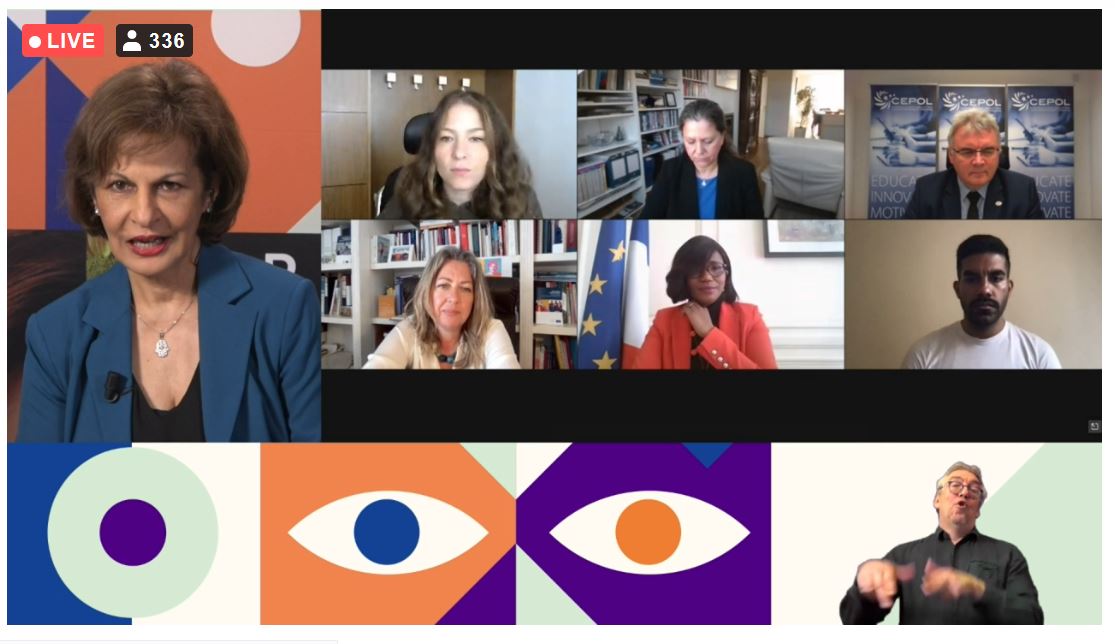 Online racist hate speech, hate crimes and racial discrimination are the concerning trends present both globally as well as in Europe. They are both a violation of law and run contrary to the values the European Union was founded on – equality, freedom, respect for human rights and human dignity.

With that in mind, on 19 March 2021, the European Commission organized the Anti Racism Summut, co-hosted by Portuguese Presidency of the Council of the European Union and the ARDI Intergroup of the European Parliament and gathering EU and member-state officials. The Summit was organized on the occasion of the International Day for the Elimination of Racial Discrimination, established by the United Nations to commemorate the killing by the police of 69 South Africans peacefully protesting against the apartheid laws.

“Racism doesn’t always make the headlines but it’s here, around us: in our streets, in our workplaces, and at times even in our institutions. It makes some people’s life an uphill battle. It feeds frustration and despair. It can scar a young person for life,” warned European Commission’s President Ursula von der Leyen in her opening speech. “In the founding Treaties of our Union, we made a promise to fight against discrimination in Europe. And to fight for true equality among everyone who shares this common home,” she stressed. “I believe in this promise. It is for this reason that last year the Commission adopted the first ever EU Anti-racism Action Plan. It brings our policies against racism to the next level, mobilizing all tools at our disposal. We are stepping up action, not only with better rules, but with European funding, with police cooperation, with our education policy, with external action and much more,” concluded Ms. von der Leyen.

European Commissioner for Equality Helena Dalli called on all Member States to adopt national anti-racism action plans by the end of 2022. “This is not a one-time discussion, but a process of transformation. We must recognize our shortcomings, challenge racism when we encounter it and treat it as if it were a direct attack on ourselves,” underscored Ms. Dalli.

The importance of the fight against racism has been brought into sharp relief during the past year: the COVID-19 pandemic has additionally exposed and worsened the existing inequalities, whereas the events taking place in the United States, such as the killing of George Floyd and the scope and impact of the Black Lives Matter movement, make it obvious that Europe, too, will need to lead  important discussions about racism. This was stressed by Tena Šimonović Einwalter, Ombudswoman and chair of the European Network of Equality Bodies (Equinet), who spoke at the panel on the role of the legislative framework in combatting racism. The fact that the Antiracism Action Plan foresees an important role for equality bodies and identifies structural racism as the underlying problem, is a positive development, she noted.

“We need to work on changing the attitudes, opening people’s eyes and breaking stereotypes and prejudice that lead to discrimination, especially by focusing on young people. A good legal framework can and must create a solid foundation to achieve change, albeit not without additional efforts, including the education of the police, law enforcement and the judges,” added Ms. Šimonović Einwalter.

The European Network of Equality Bodies (Equinet) brings together 47 equality bodies from across Europe and contributes to the efforts to combat racism by sharing experiences of its members, who work on discrimination cases on a daily basis. These experiences point to legislative gaps, which create obstacles to dealing with multiple discrimination, as well as to the lack of effective enforcement of the legislation. Thus, Equinet advocates for the expansion of the grounds covered by the anti-discrimination legislation, in particular with a ground of socio-economic status, as well as for the adoption of the legally binding legislation with a view of harmonizing the standards  for the work of equality bodies across the EU. The latter would provide them with the necessary independence, mandate, powers and resources, stressed Ms. Šimonović Einwalter.

More information on discrimination based on race, ethnicity, skin color and nationality in the Republic of Croatia is available in the Ombudswoman’s 2020 Annual Report (Croatian language version).