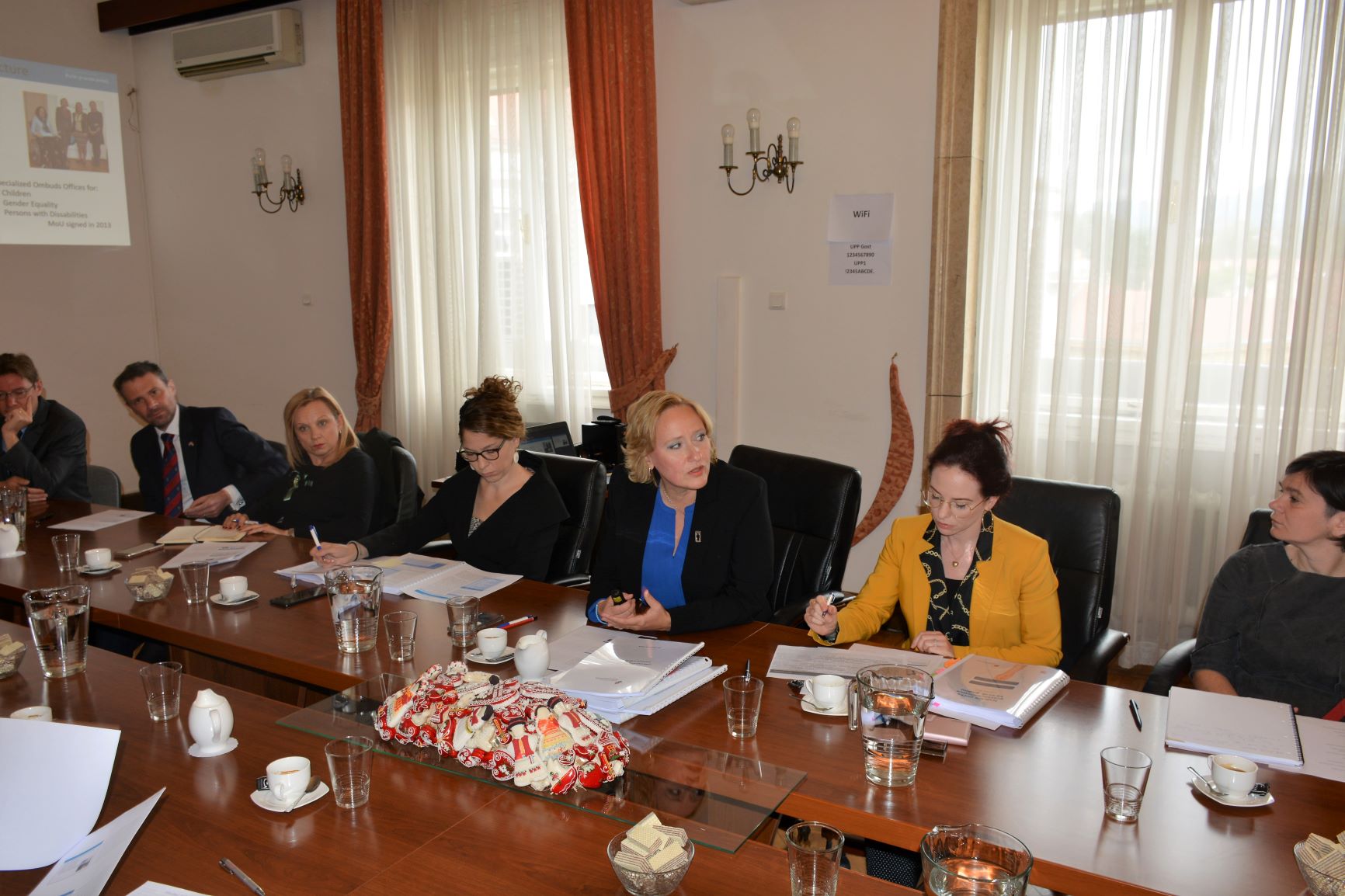 On 30 April 2019 Ombudswoman Lora Vidović presented the key messages of the 2018 Annual Report to the 16 representatives of the diplomatic missions in Croatia. She gave special reference to the economic and social rights, suppression of discrimination, migration issues as well as to those rights where and additional effort on behalf of relevant bodies is needed in order to ensure the realisation of the citizens’ rights.
After her presentation, the current human rights’ questions were discussed such as: the rise of number of complaints as a result of greater Office outreach at the local level and media, the importance of the parliamentary support to the Ombudswoman’s work, citizens’ complaints and challenges in achieving an efficient judiciary. Hence, the practice of the government ad hoc bodies like the Council for Dealing with Consequences of the Rule of Non-Democratic Regimes along with the law suits against journalist were also matter of interest. The Ombudswoman emphasised one encouraging data too; namely, the level of fulfilment of the Ombudswoman’s recommendation is continuously rising.