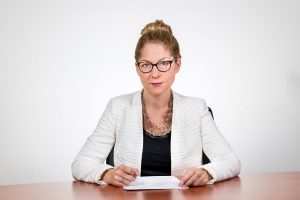 She was appointed the Ombudswoman of the Republic of Croatia on 19 March 2021.

Ms. Šimonović Einwalter currently chairs the Executive Board of the European Network of Equality Bodies (EQUINET) in her second two-year term, after being reappointed to that position in 2019. Previously, she served as its member over two consecutive mandates (2011-2013 and 2013-2015).

In the course of her career Ms. Šimonović Einwalter has served in various law-drafting working groups, coordinated the implementation of EU projects, participated in numerous seminars, conferences and public forums both at the national as well as the international levels and delivered a number of lectures and speeches. She has authored and co-authored various expert and academic publications on the topics of human rights, the rights of national minorities and combating discrimination, with a focus on the normative framework, case-law and human rights mechanisms, both at national as well as the Council of Europe and the European Union levels.

Prior to her appointment, from 2013 to 2021 she served as Deputy Ombudswoman, having previously performed the duties of the Ombudswoman’s legal advisor and anti-discrimination coordinator. Her prior posts include the positions in the Ministry of the Foreign and European Affairs and the Ministry for European Integration.